Hares:No name Kosta Bain and I (no name Asha Smith- Kirwan) Where: Next door to Broome Vet, Kimberley Camping Carpark  When: Normal time ~ 6pm for 6ish pm start Bring: Your owner if you want and, their torch  Cost: Bones for each other.... In the bowl: 5 kinds of meat 5 kinds of meat 5 kinds of meat Oh and people are welcome...
For those that are pledged to come to the 400th Run on Saturday please bring me your dosh tomorrow! Cheers Barge
Posted by faucet at 9:54 AM No comments: 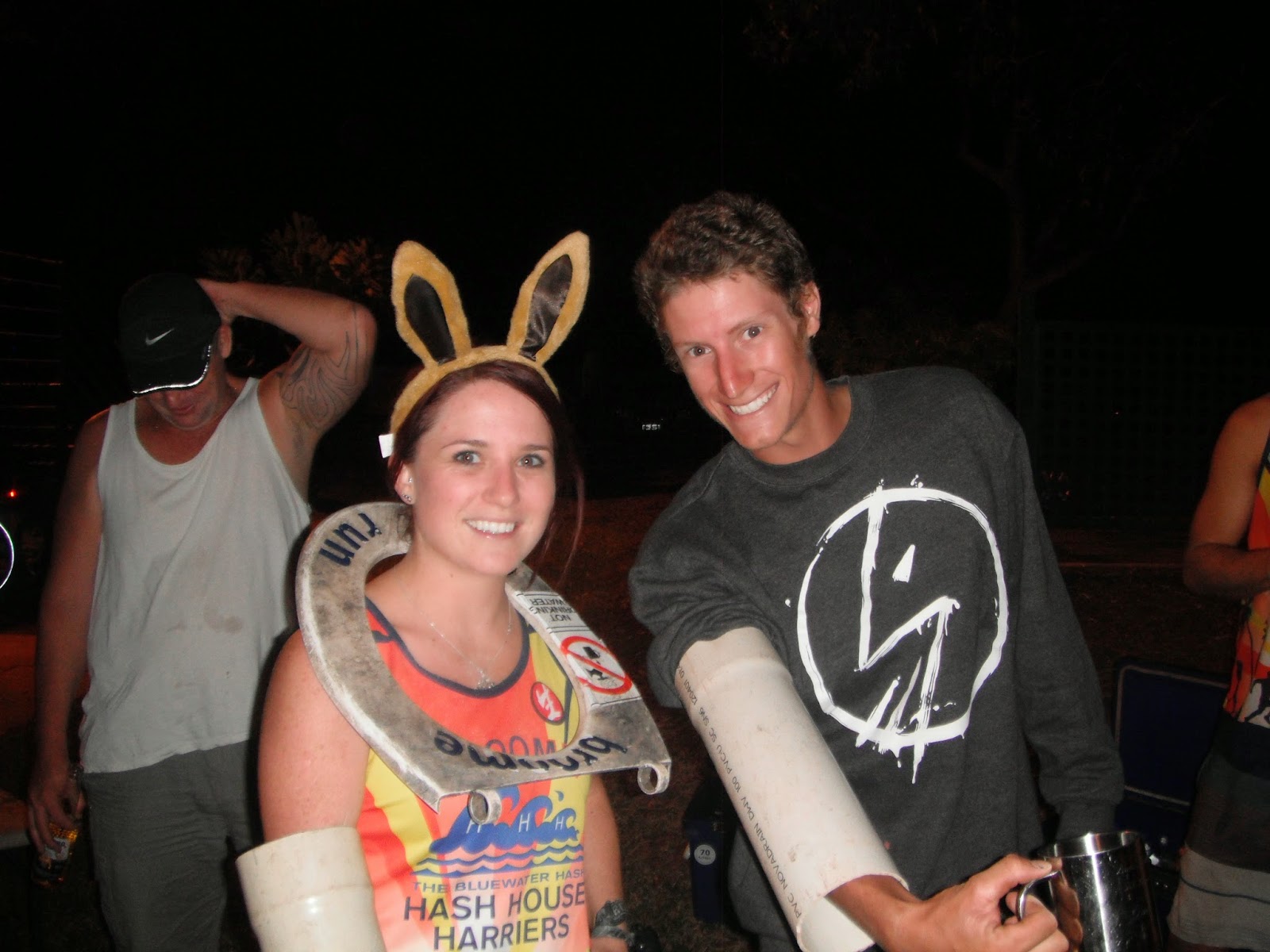 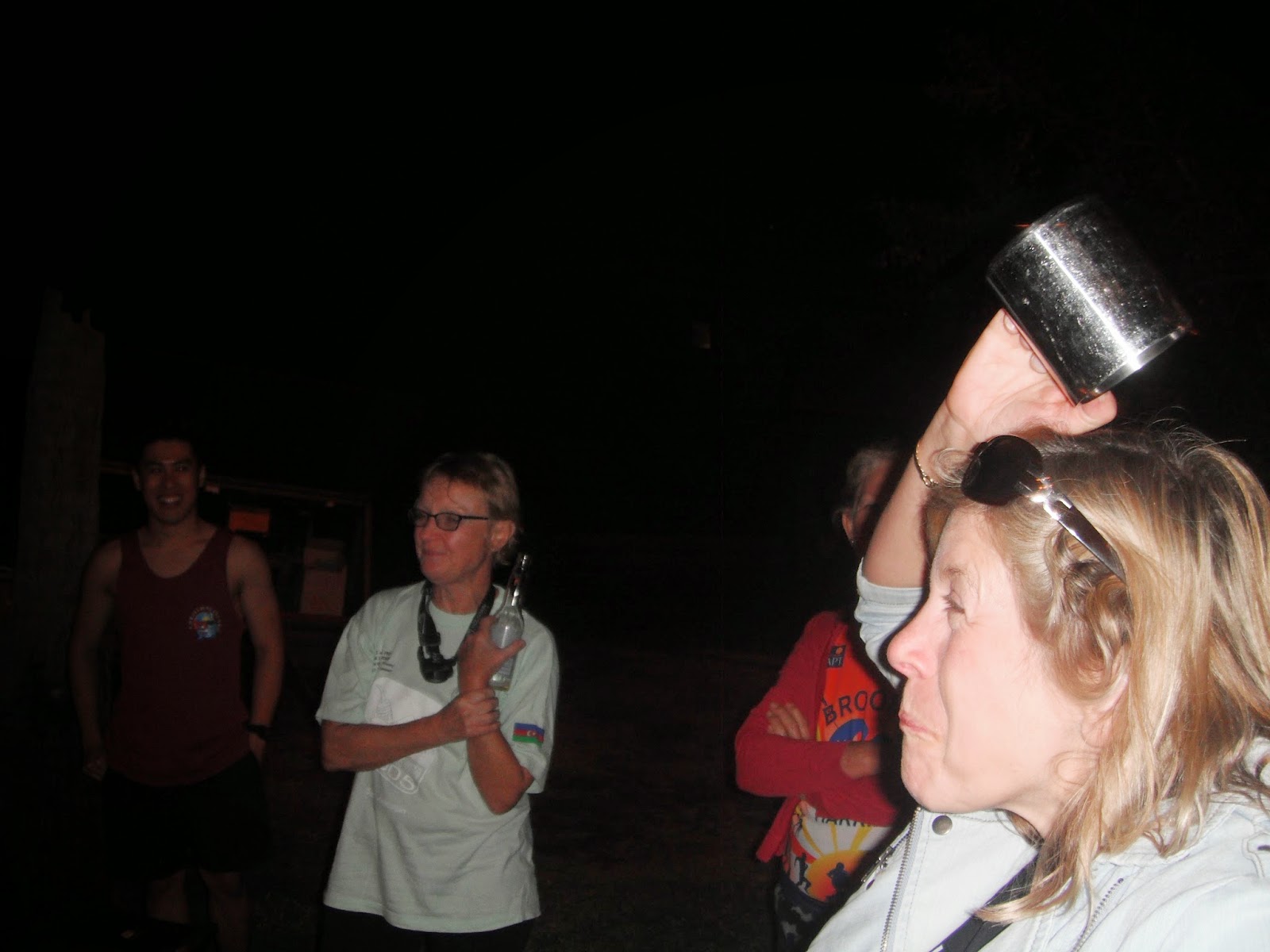 Talk about a paw run. Bunghole and Powerball thought they could do the live hare thing. You need more than a set of fluffy ears for that, princess. The two Topographically Agnostic clowns left flour coated paw prints all over Old Broome but I guess in the end despite a brief north south 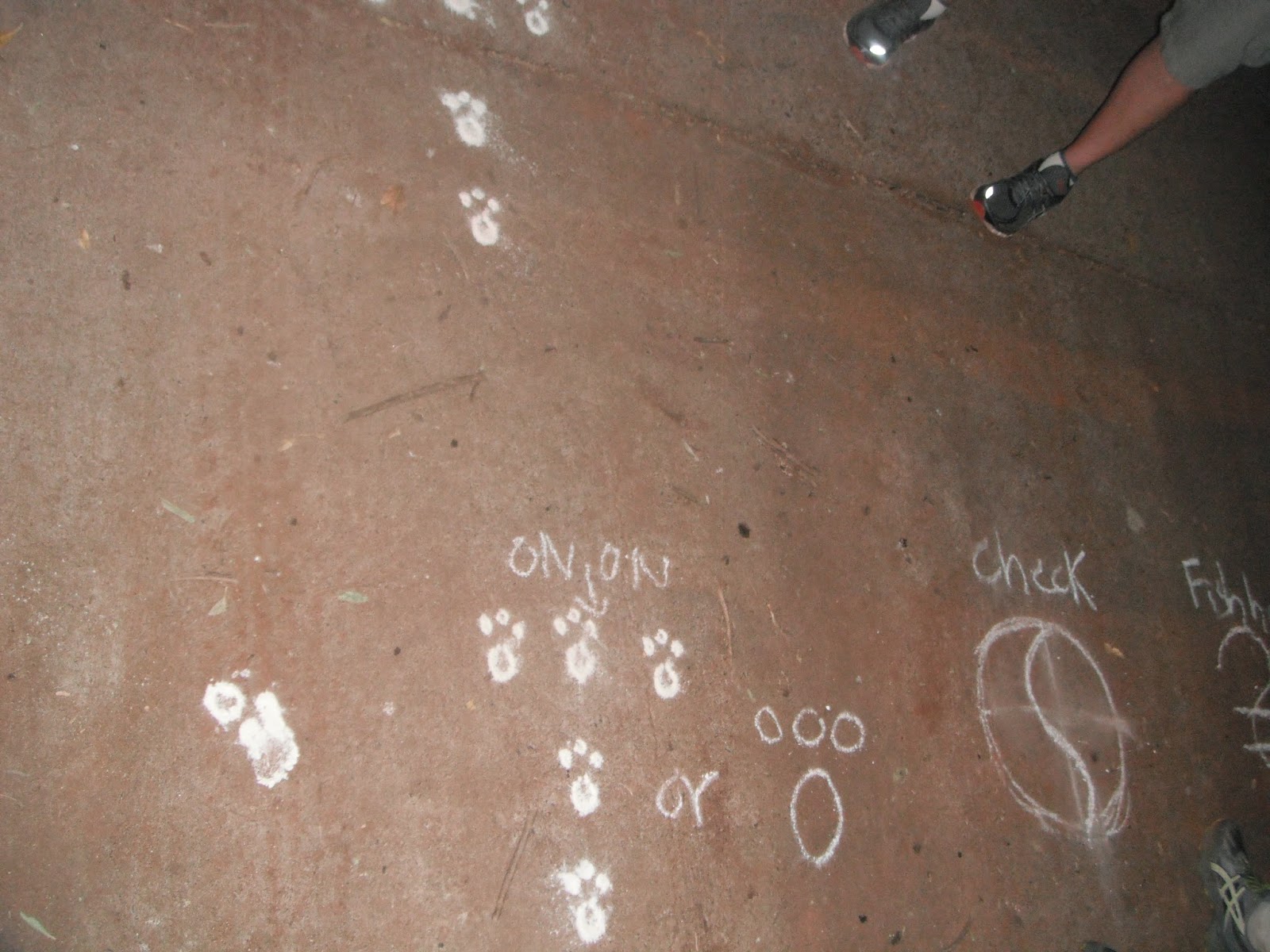 challenge they did make it home 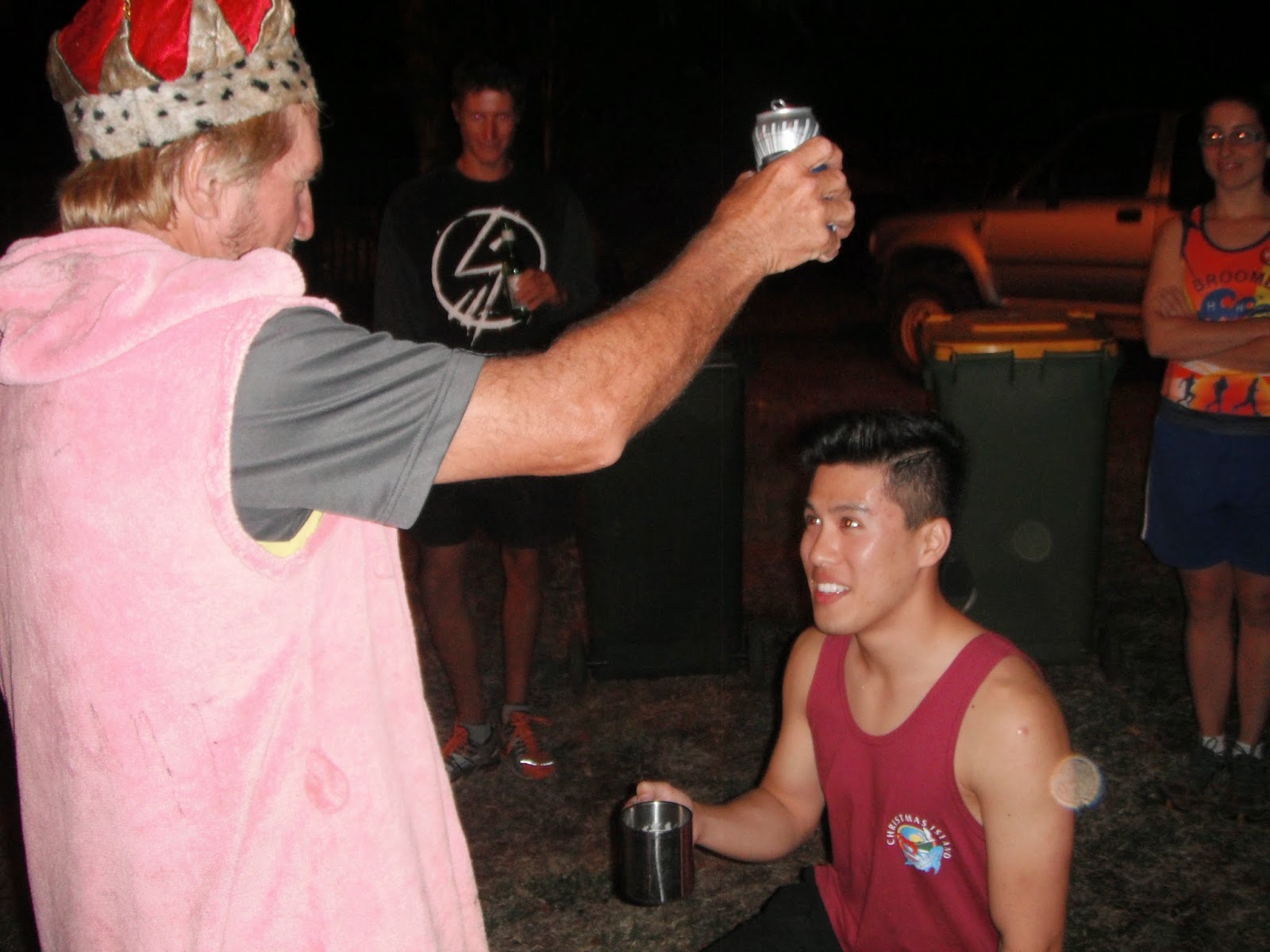 before the runners despite being spotted several times by the walkers. Says it all really. Slowcum was the RA, Mile High was the pommie visitor, Taxi Crab was the naming, No-one was a virgin and everyone ate student fare of spag bol and drank beer and chatted and smiled and 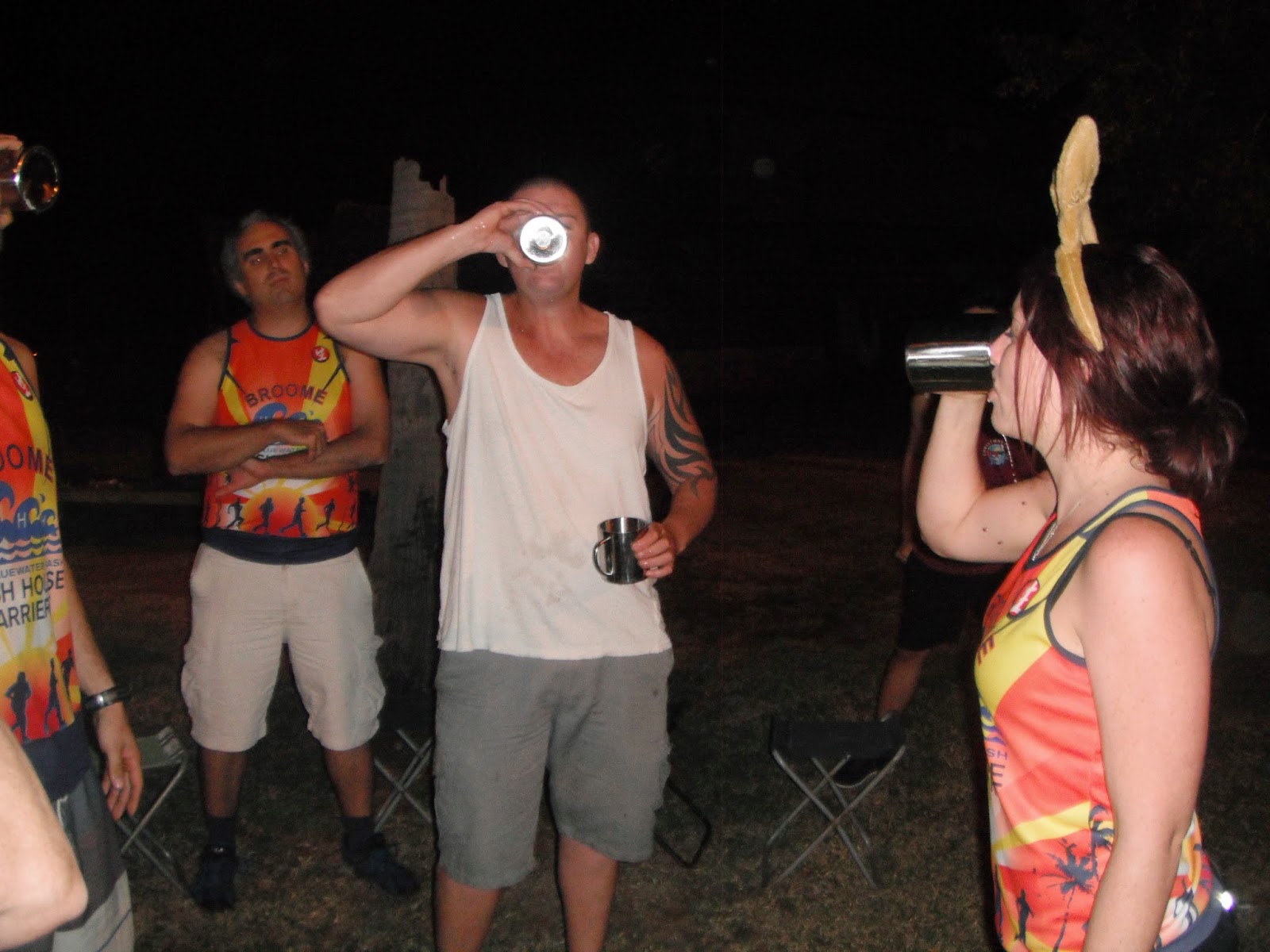 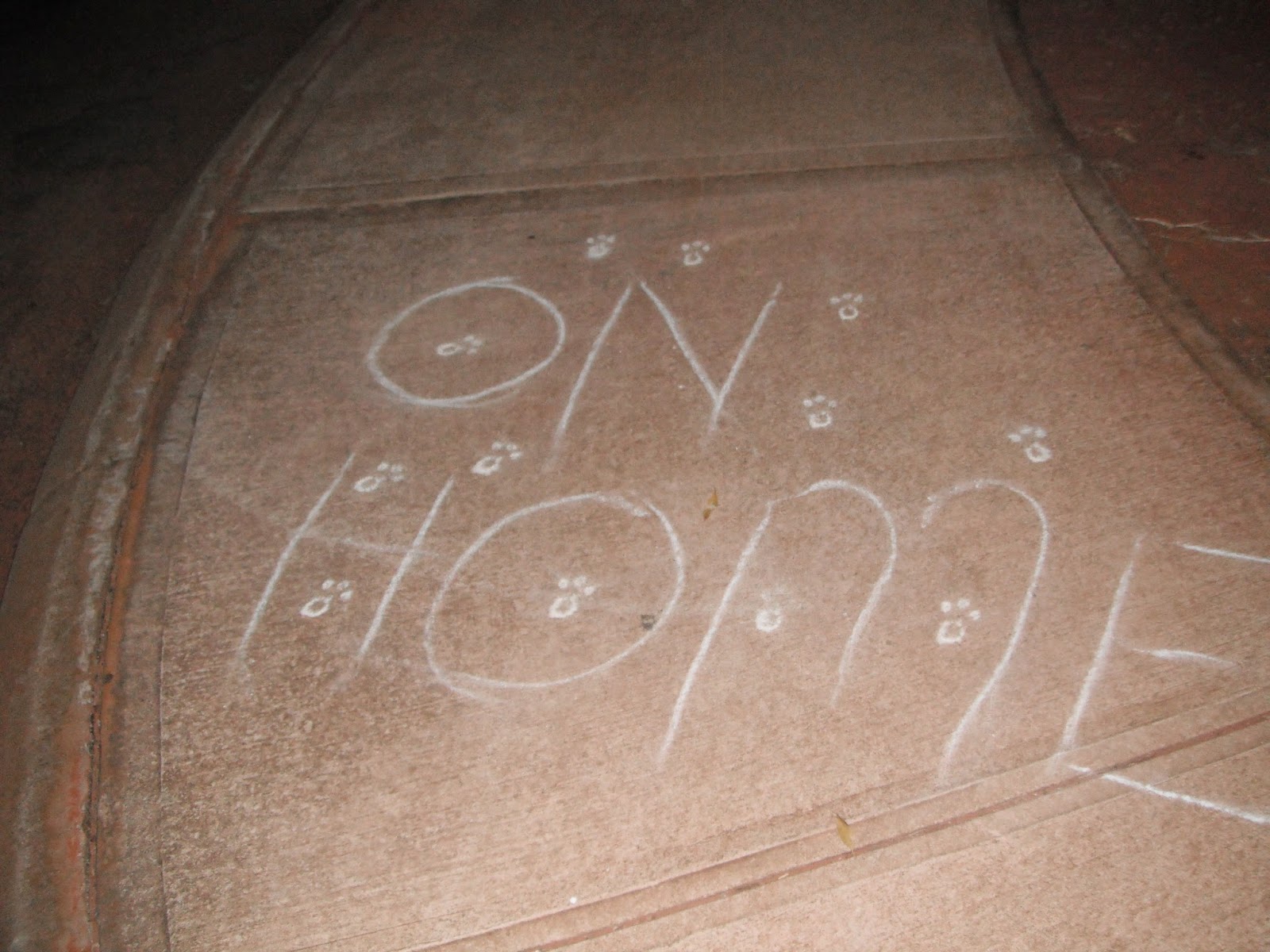 laughed and lived happily every after.

Posted by faucet at 9:44 PM No comments:

Scant detail
Bunghole and Powerball
33 Weld St
5:55
Posted by faucet at 9:31 AM No comments: 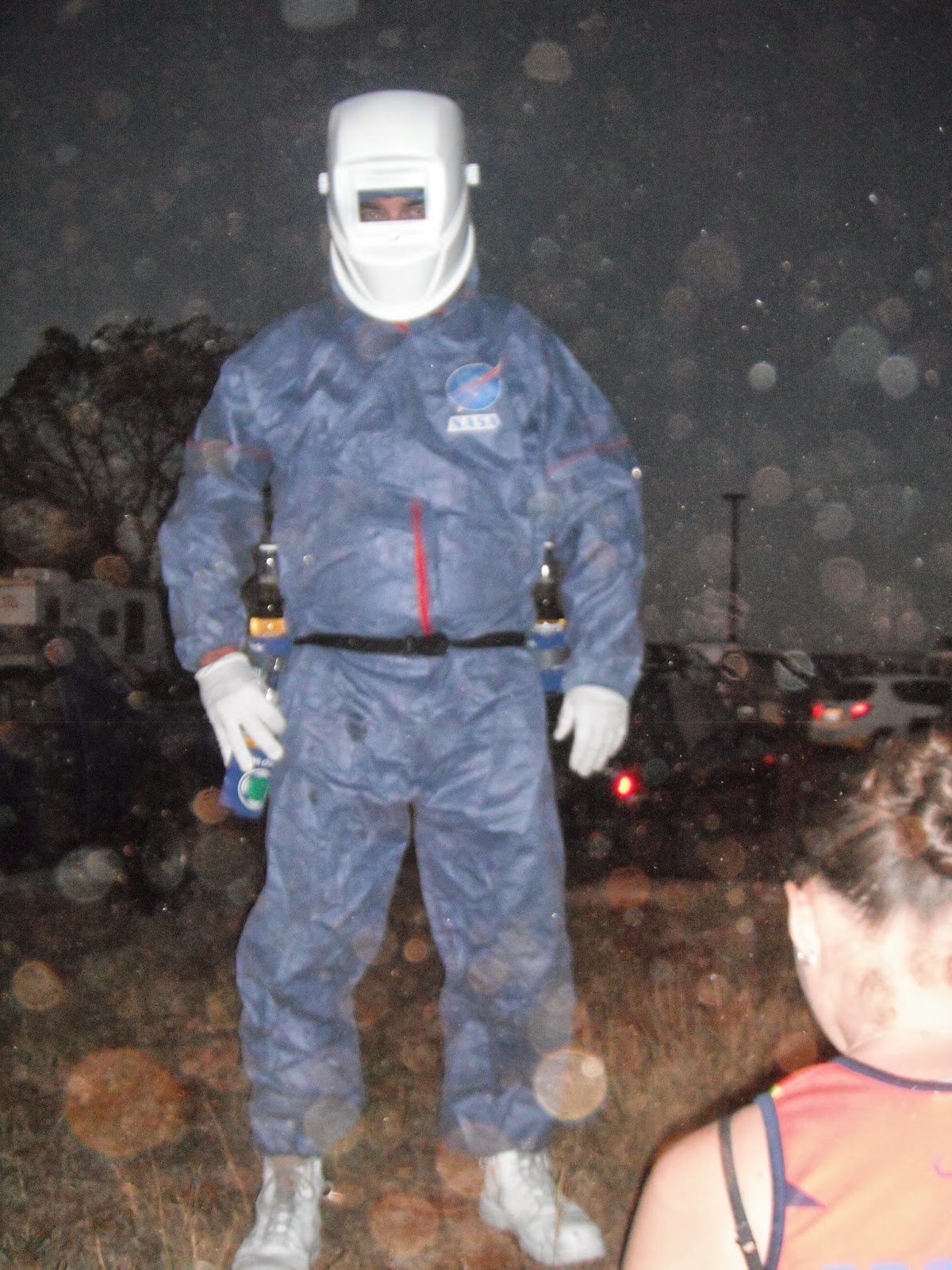 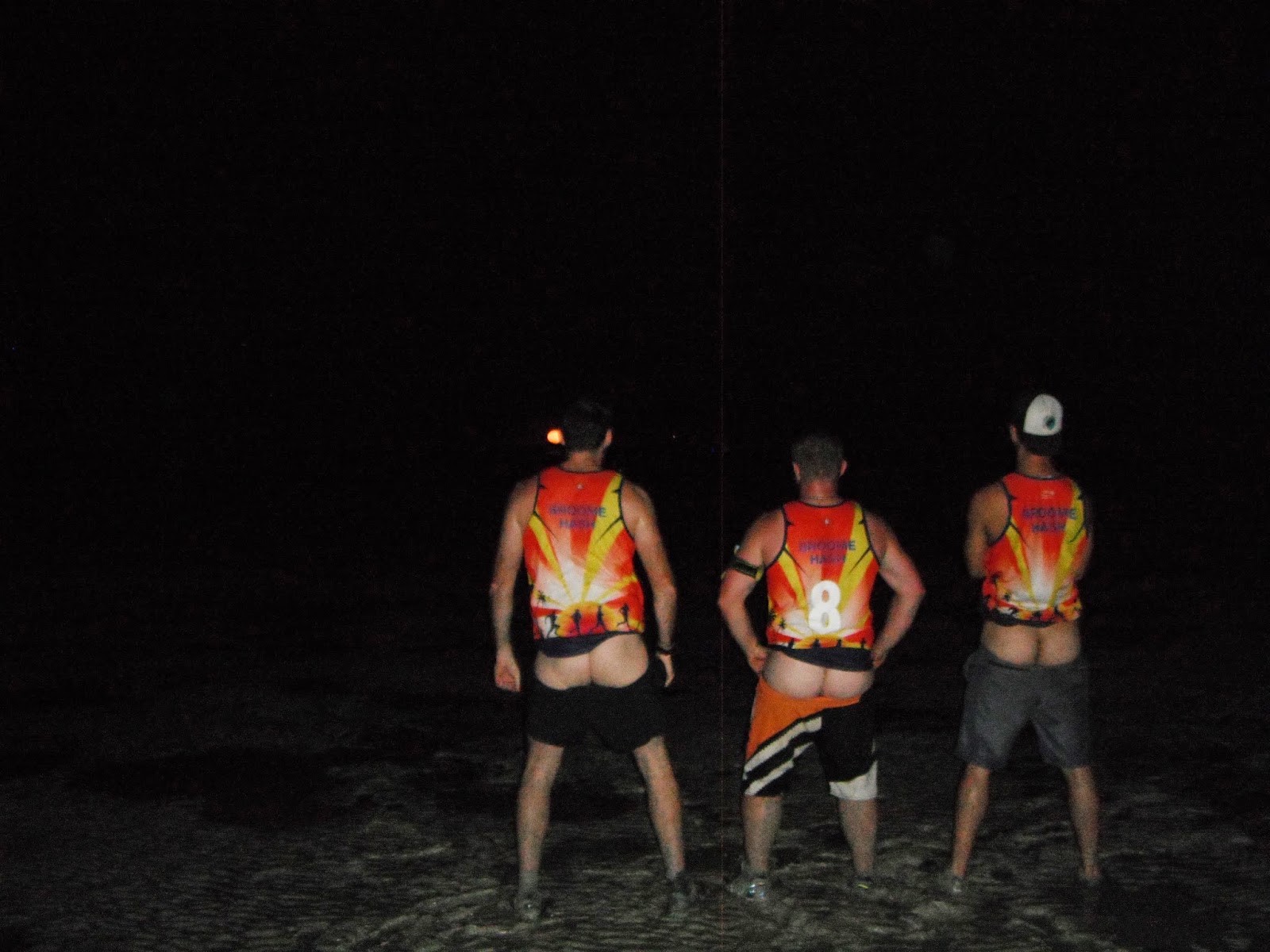 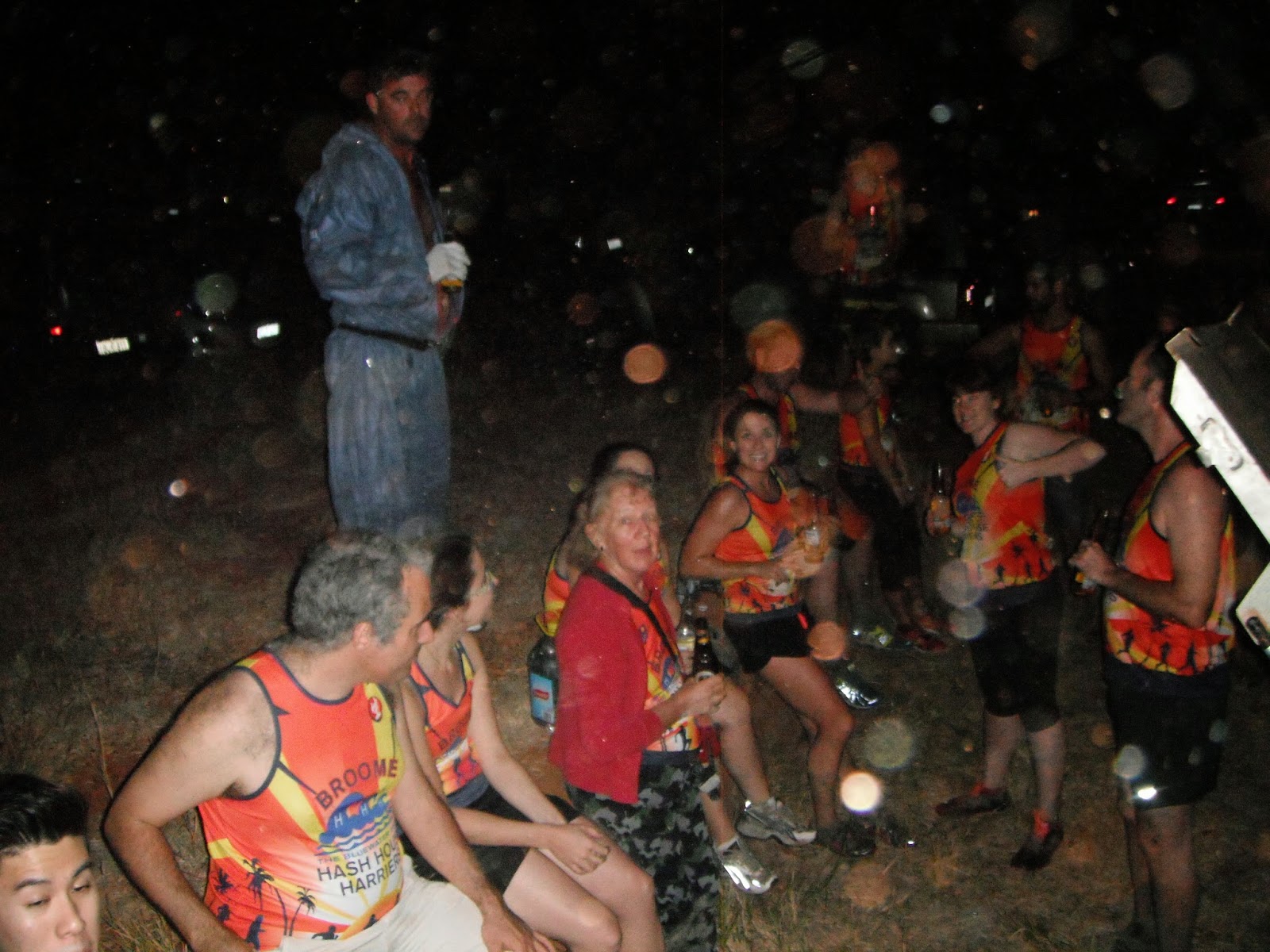 It not every day you get to see a Super moon or see several moons at once or even meet a real spaceman who came down the staircase to the moon or get to run on said staircase or get a hash run on the tidal mud flats of Roebuck Bay or fall over in said mud or get lost in the dark or get to chase said spaceman through the crowded staircase markets or stand atop a truck loading ramp surrounded by carloads of tourists and sing silly songs in front of restaurant diners or eat homemade sausage rolls and drink homemade soup but last Monday night some people did.They were awesome. The end! 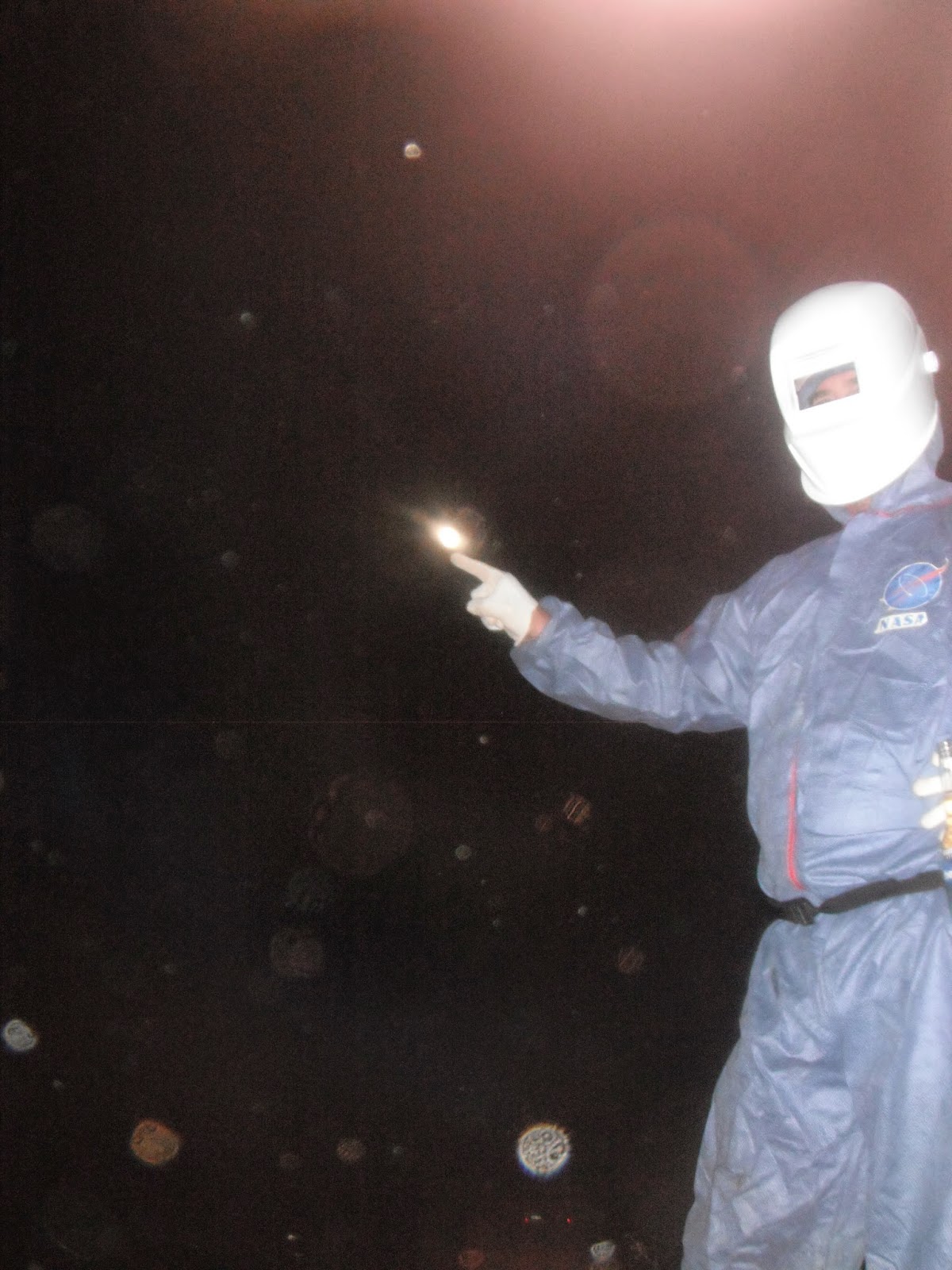 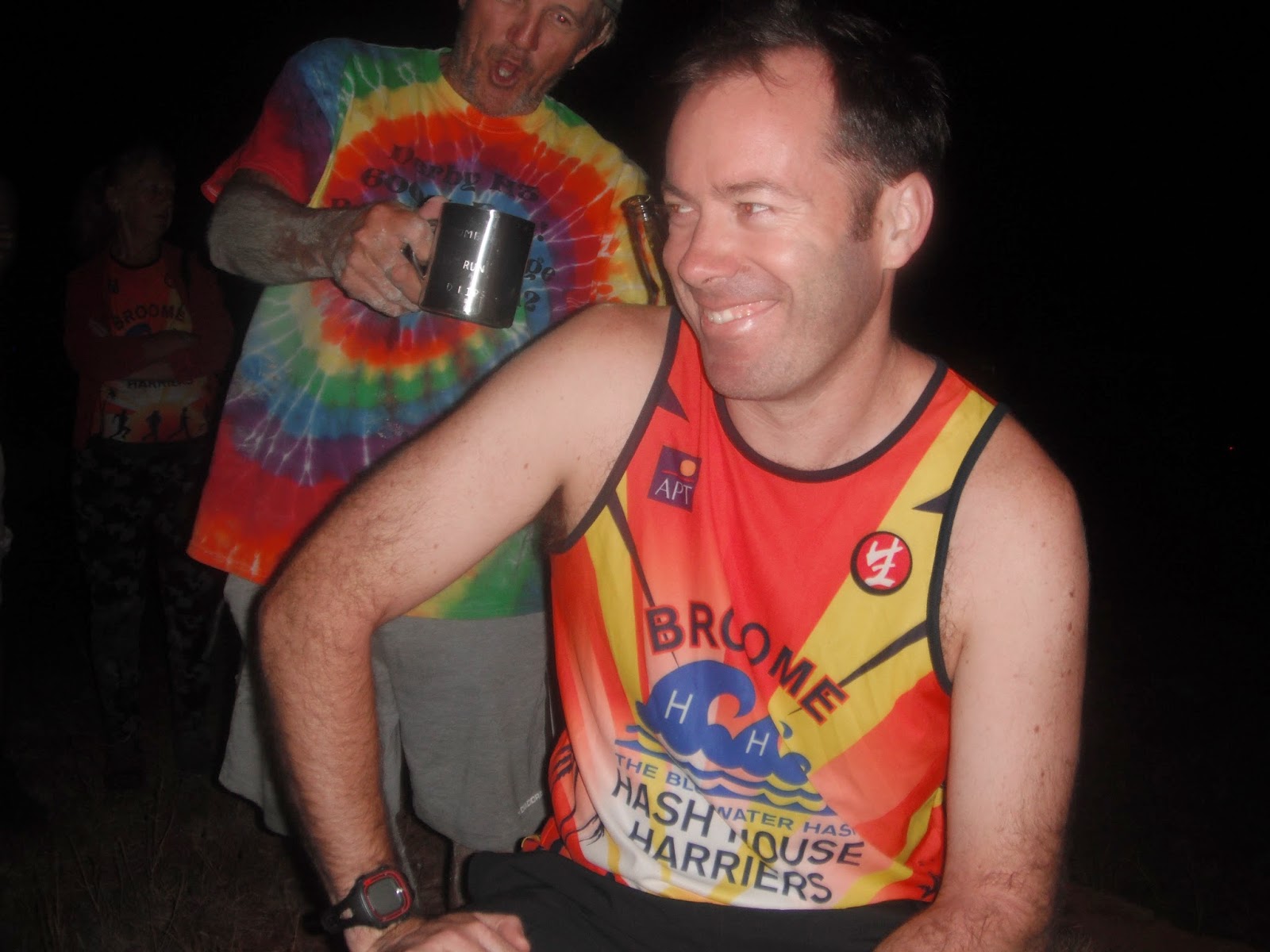 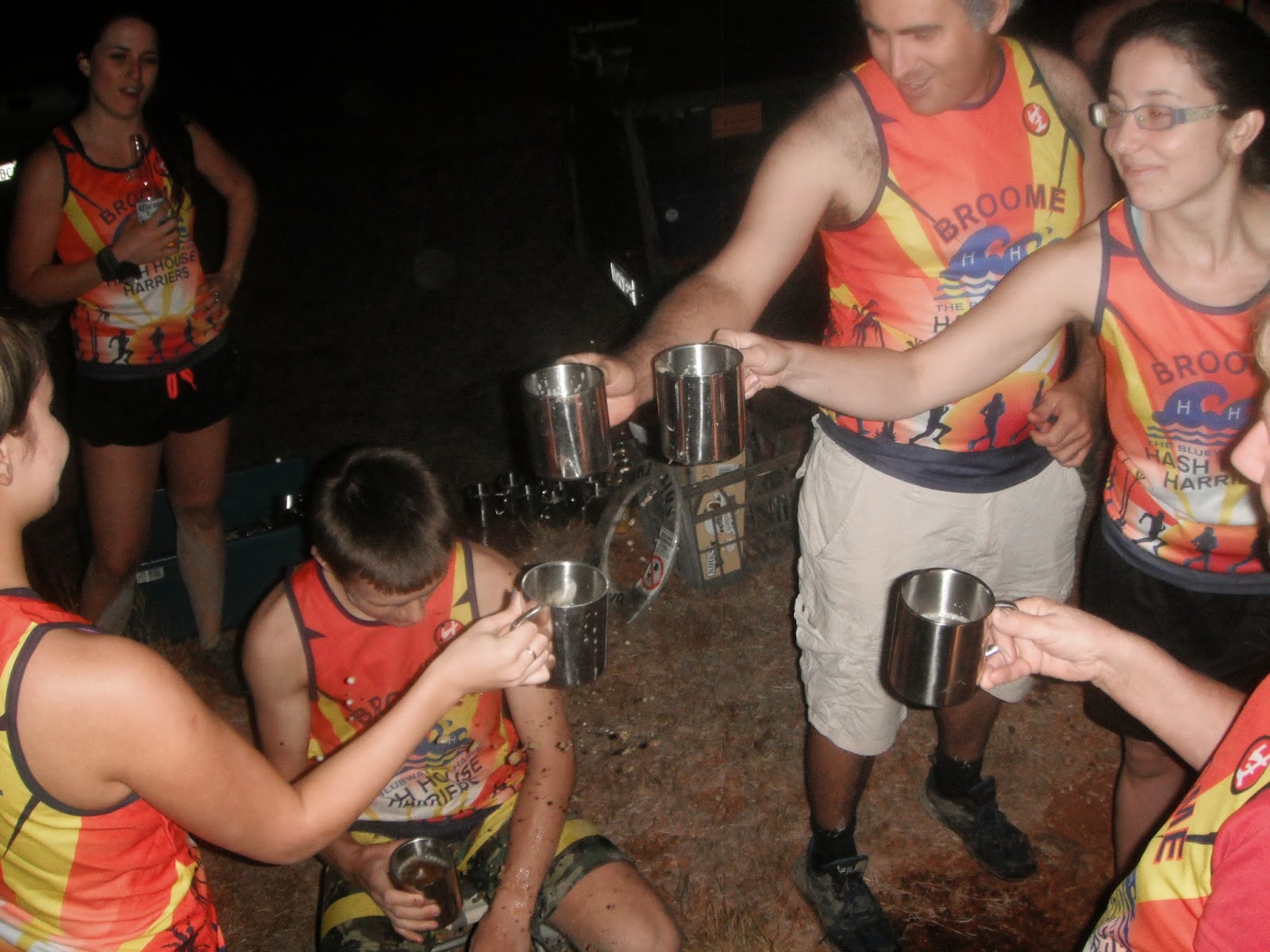 Posted by faucet at 9:28 AM No comments: 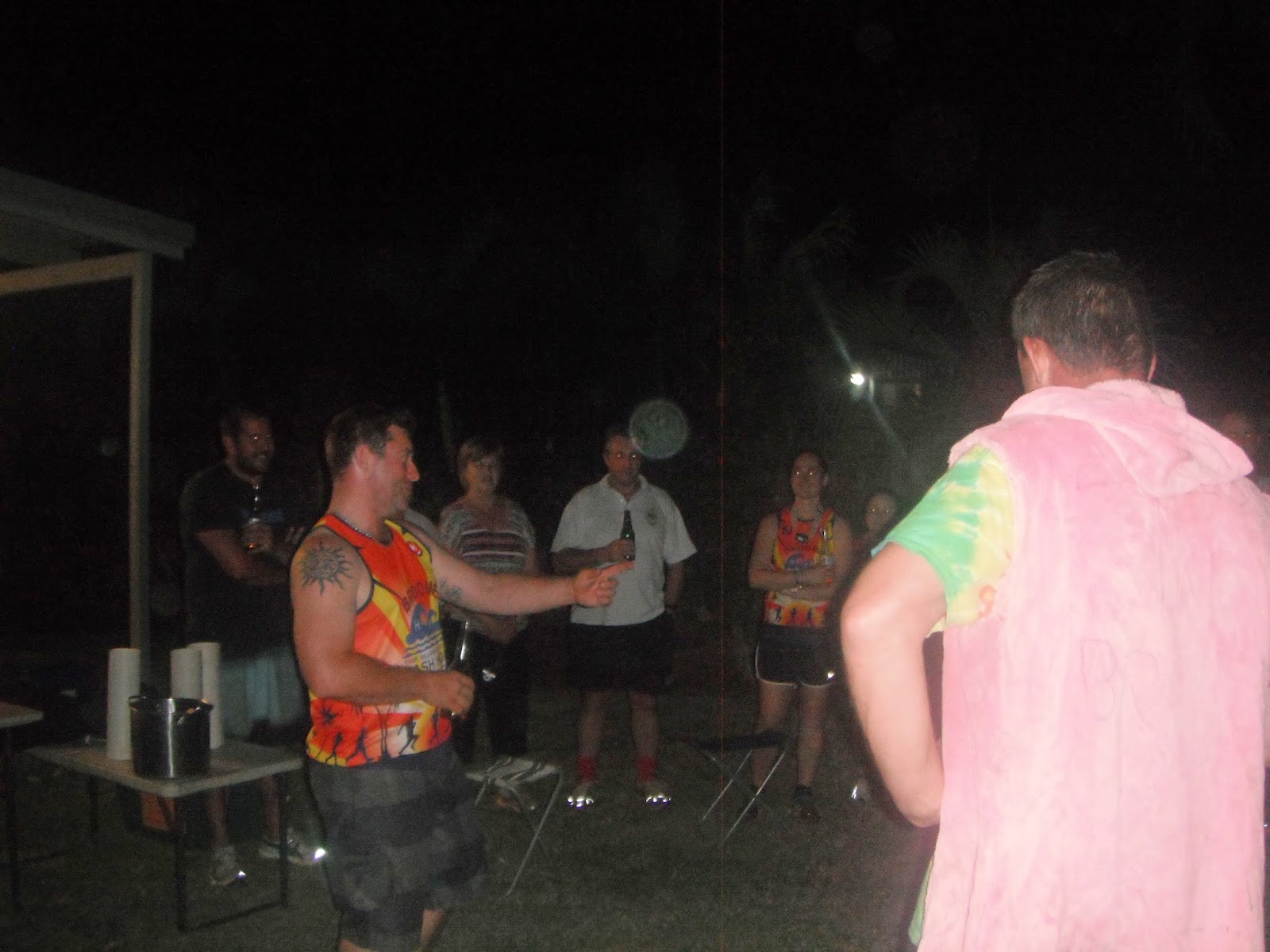 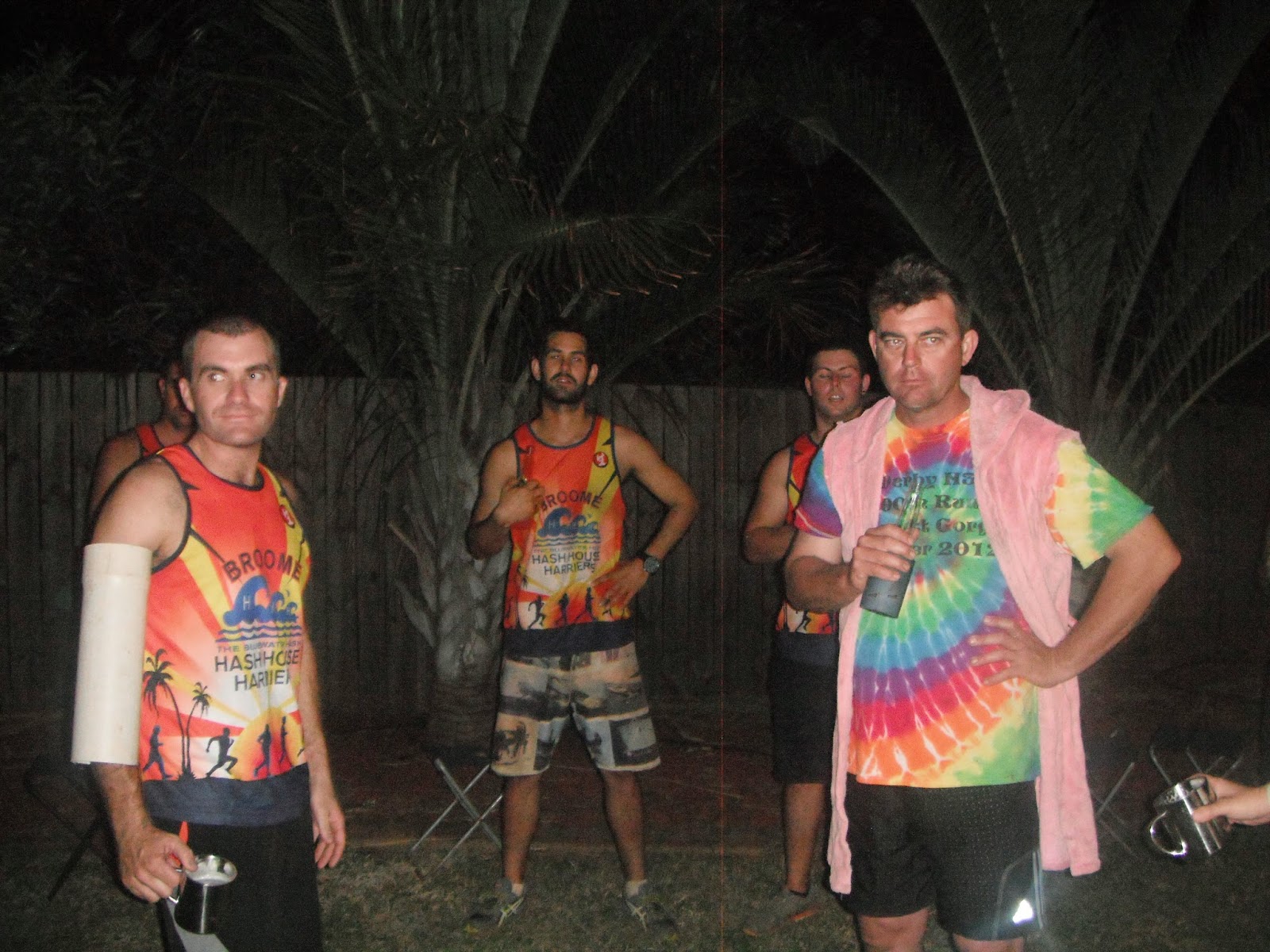 Padam and Prancing Pink Bits were bestowed the responsibility of setting the run to accompany the AGPU. Armed with just 40 rolls of pink surveyors tape they marked most trees and vertical as well as horizontal structures they could find in Roebuck Estate. Unfortunately they missed one horizontal fence wire that Complete Flop managed to take out on his race to the Hash Halt.   They also managed to out pink themselves on Jigal and split the confused pack in two and a big mob got back and started drinking early. TA ran the circle and with no Slocum to me me me there was notable confusion in the songs. There were two virgins sort of and a couple of visitors who’d seem to have 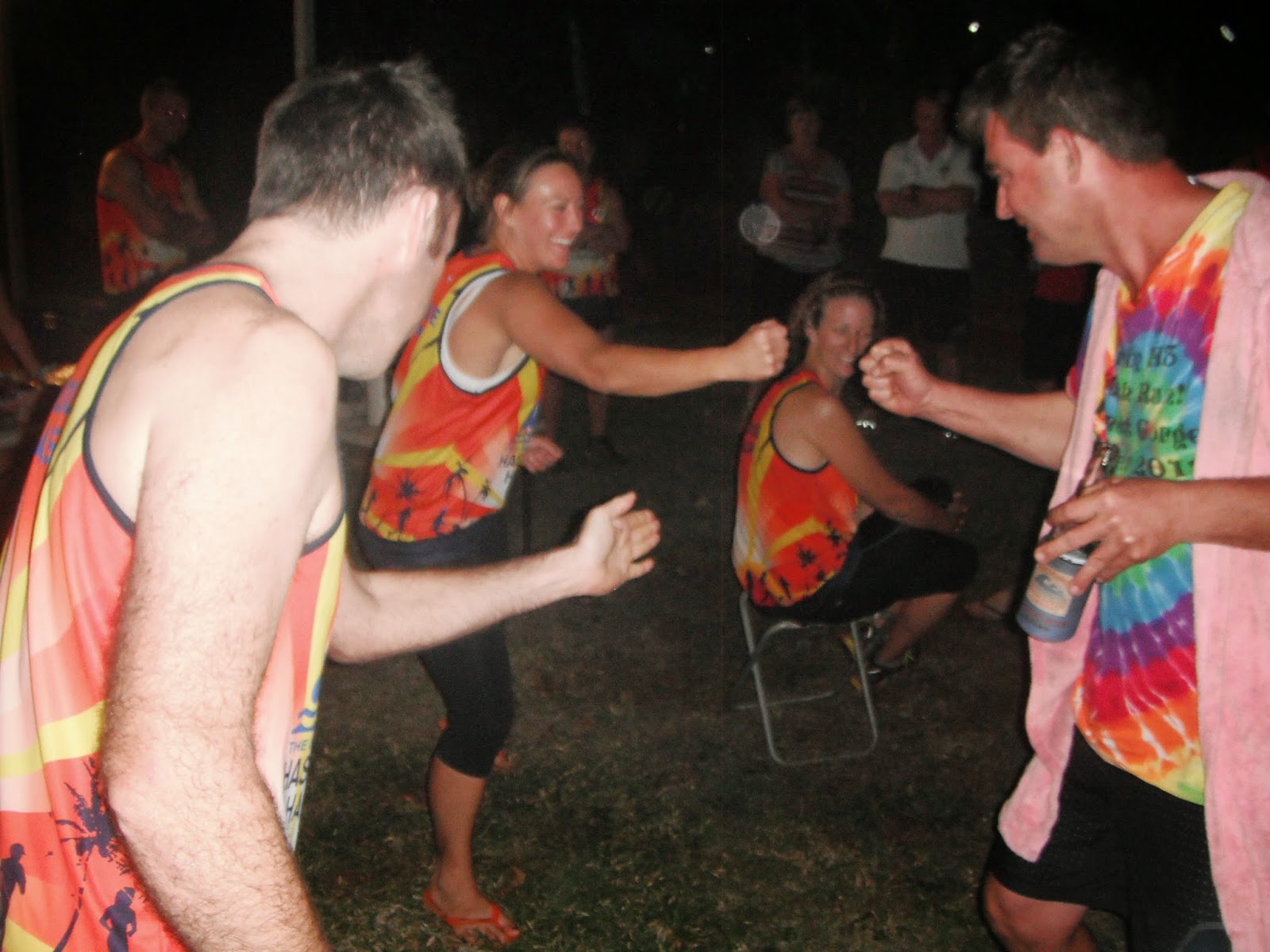 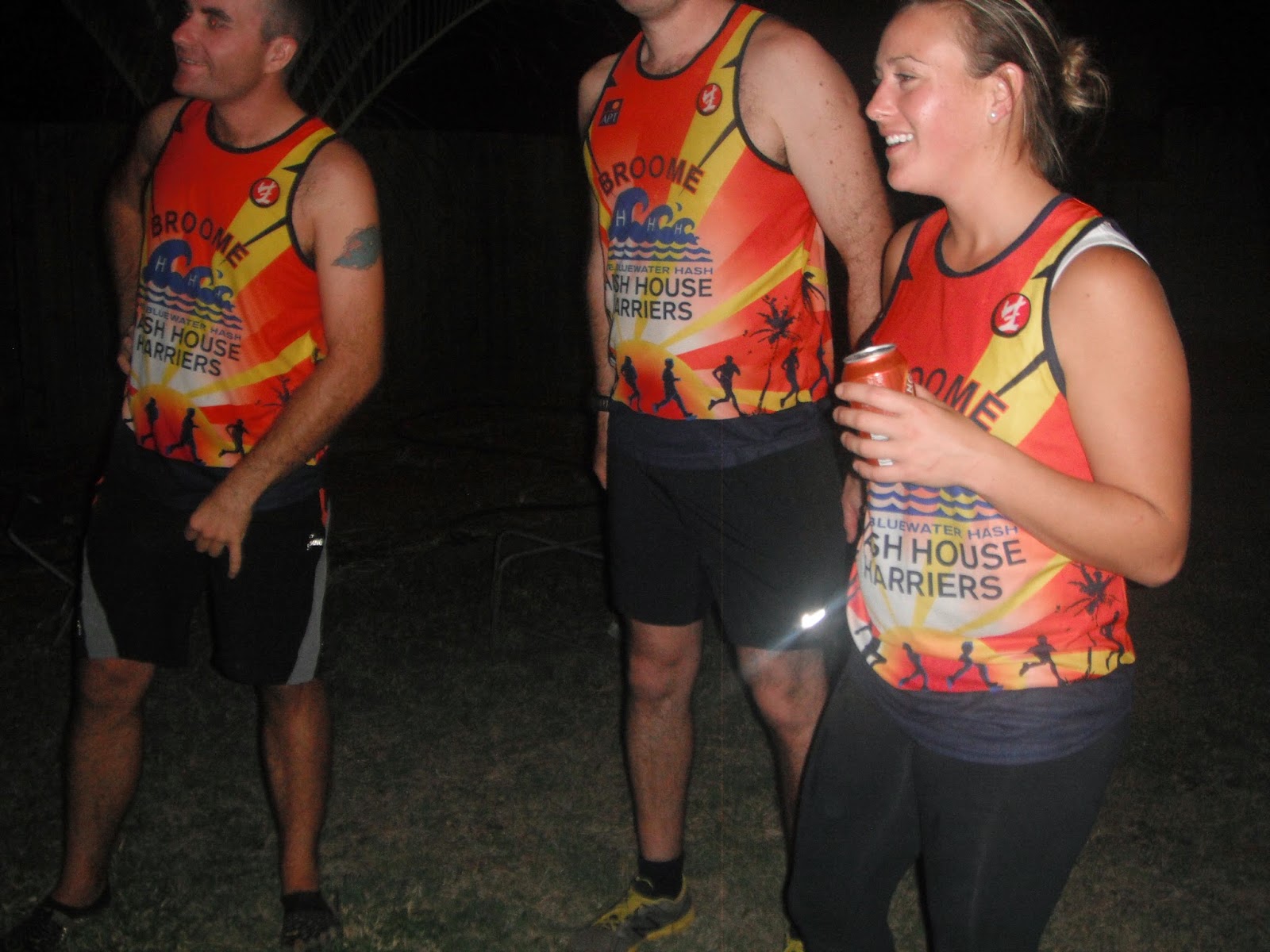 ran in lots of places. Inseminator had a shot at Butler but couldn’t handle the smell of the jacket. It must have been bad considering the thing she normally slips her arm in to. Hippy Shagger got a bit angry about something and got the dummy and a few others got charged for stuff. Good word “stuff”!
Bargey ran the AGPU and  a few of the positions came down to the wire, with some only having one person trying to get out of them but alas it didn’t work so Semi still does Hashsec, Faucet, hashflash and blog, Doggy retained beer mugs and trail, despite not attending, thanks Doggy. Slowcum arrived late but had already been appointed Maestro. Bunghole Crackdiver and Quickie are fetching the 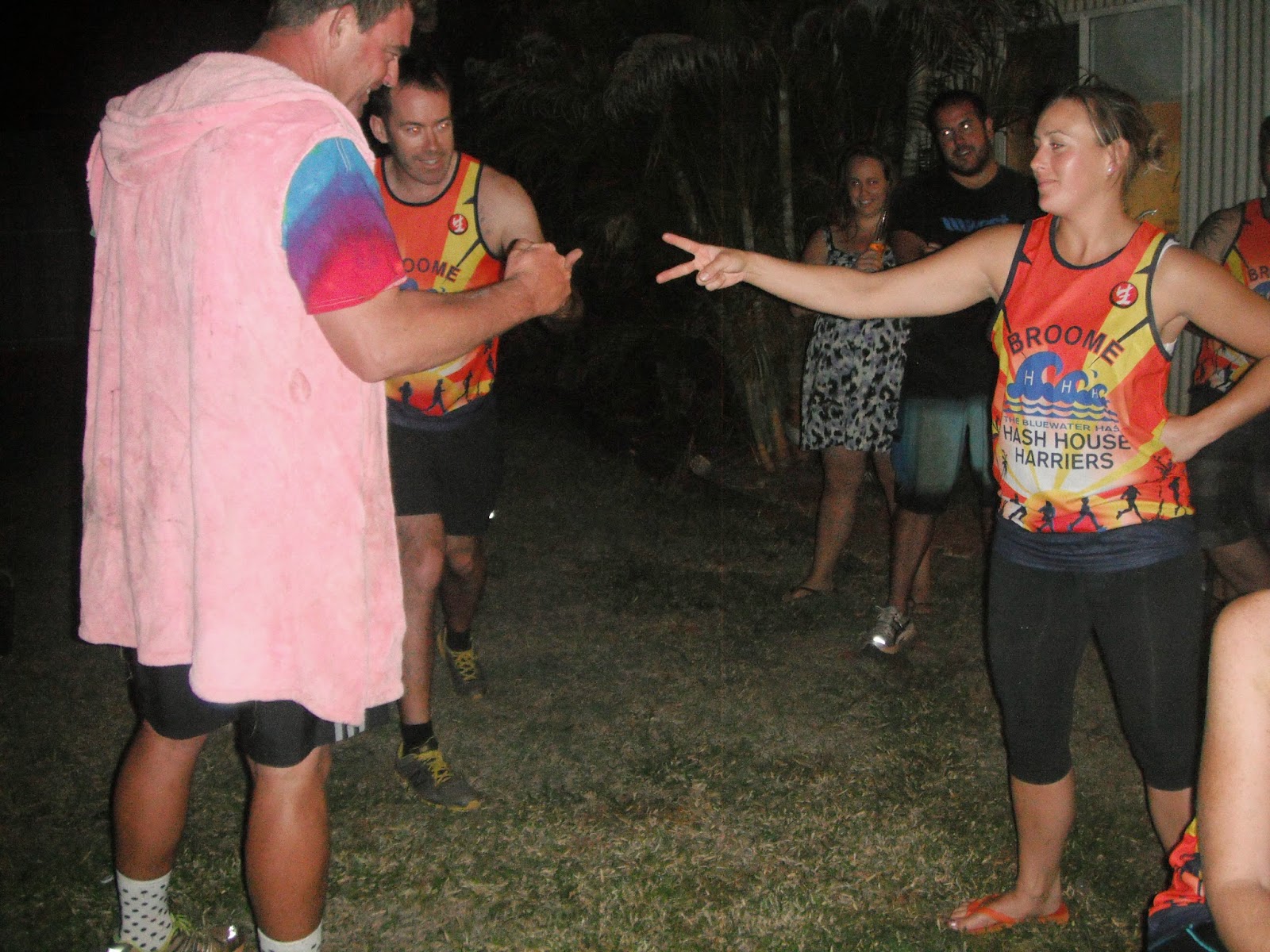 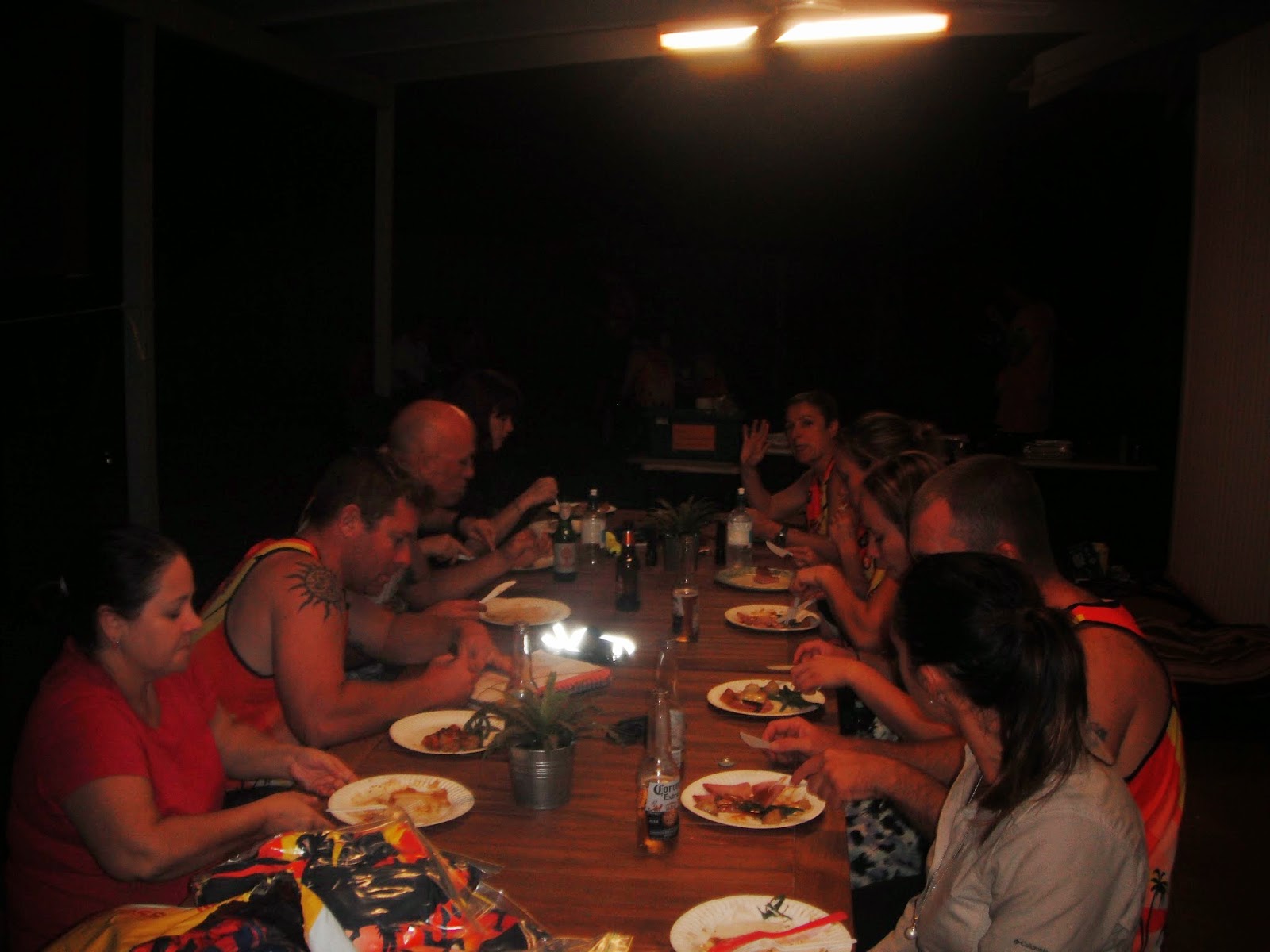 Matsos ginger beer and Octopussy is still hanging on to the cash. There were heaps who put their hands up as RA’s which was nice. Thanks, Razor Tits, Bunghole, Dirty Bitch, Ringsting, Crackdiver, Hippie Shagger, Faucet, Tightarse, Virgin Mary, Padam and someone else. Phew! And the big role I hear you ask? The new GM came down to two nominations. Half Tit and Tightarse. The Roey wet shirt cheer method pulled up a draw so the crowd suggested a tit flash comp but that could have ended embarrassingly.  Final option was Paper Scissors Rock. At one stage after 4 failed attempts there was a competition to see who could punch Semi in the head first. The photo finish (left) said TA but it went back to Paper Scissors Rock and Half Tit finally lost out and became GM. Congrats to both worthy contenders. And that’s it really. There was food and stuff.

Posted by faucet at 9:13 AM No comments: