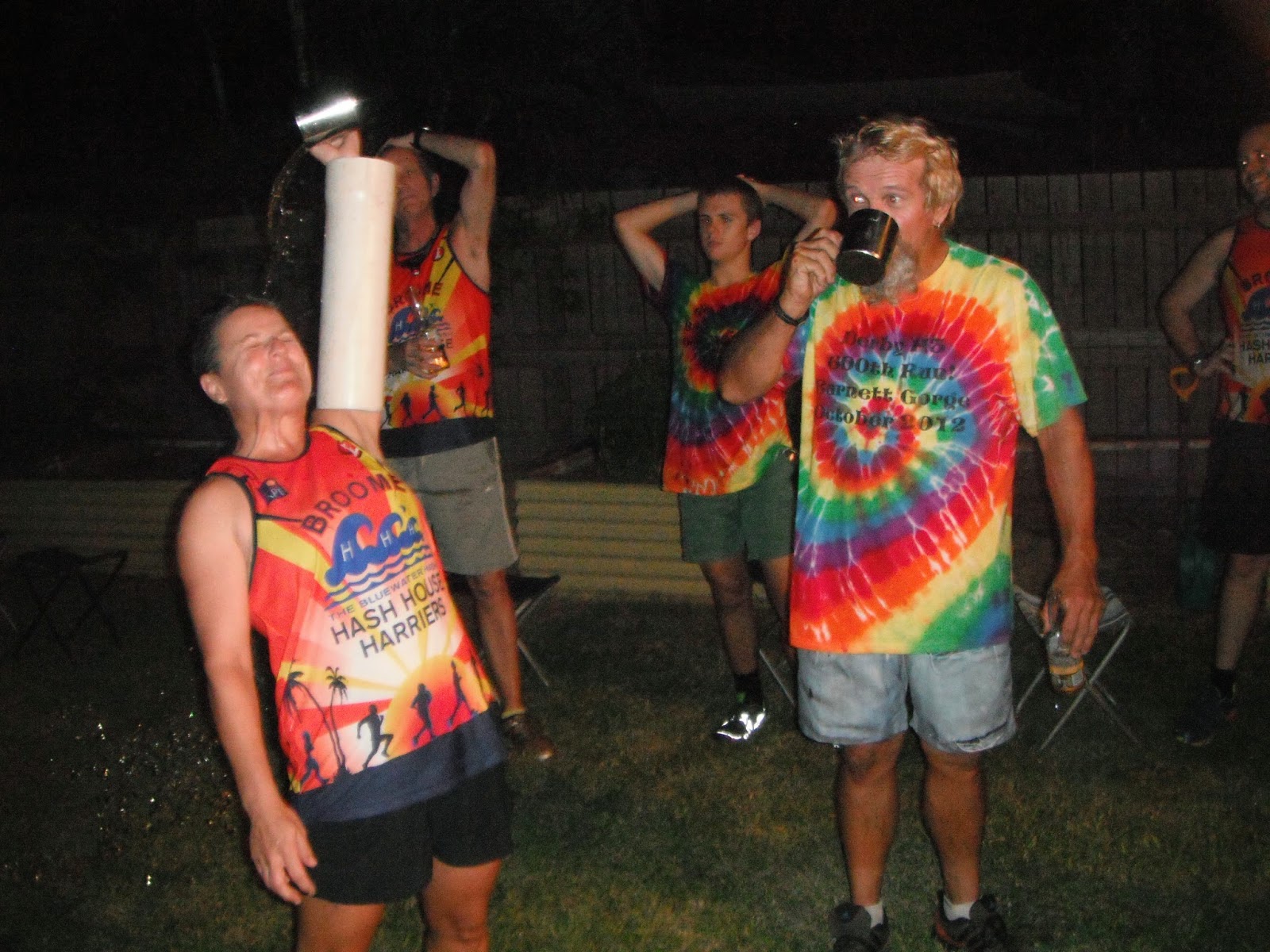 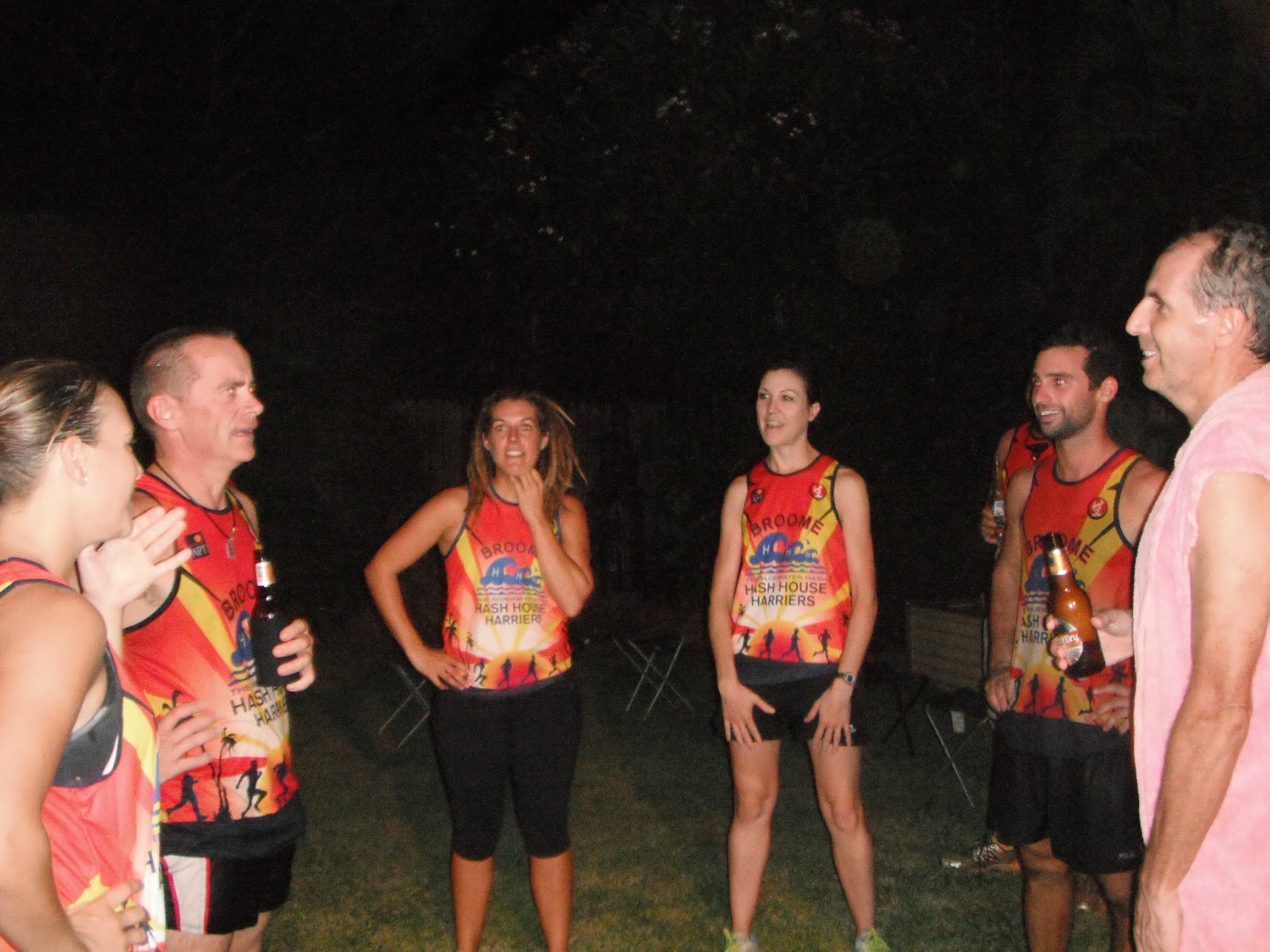 So the GM set a run with her signature B markings. The new people usually think the B stands for Barge but after the run they all know it means bitch. Poor Spec even need crutches the next day 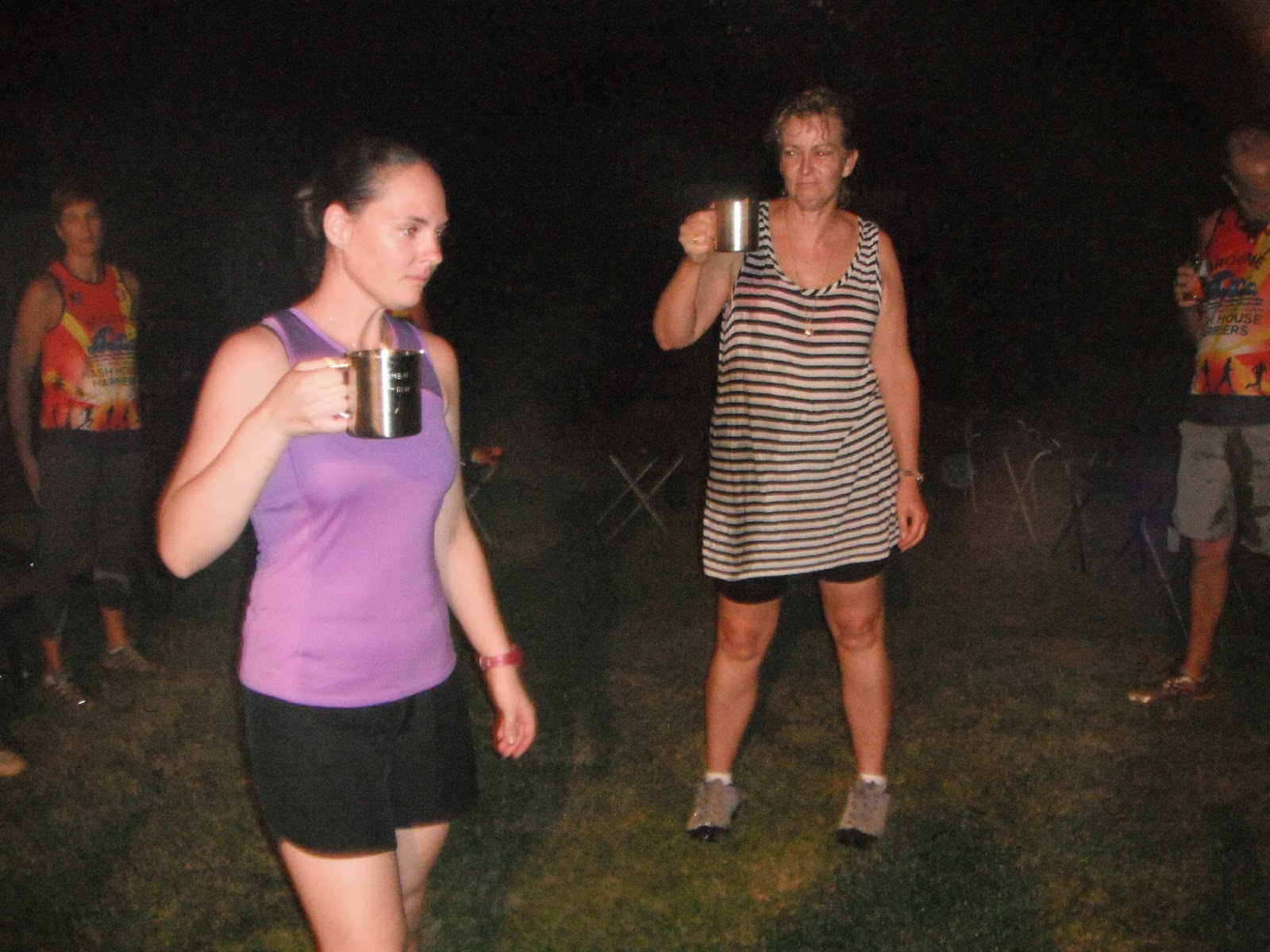 as he’d ran the whole 400km really fast. Covering only two suburbs we ran down just about 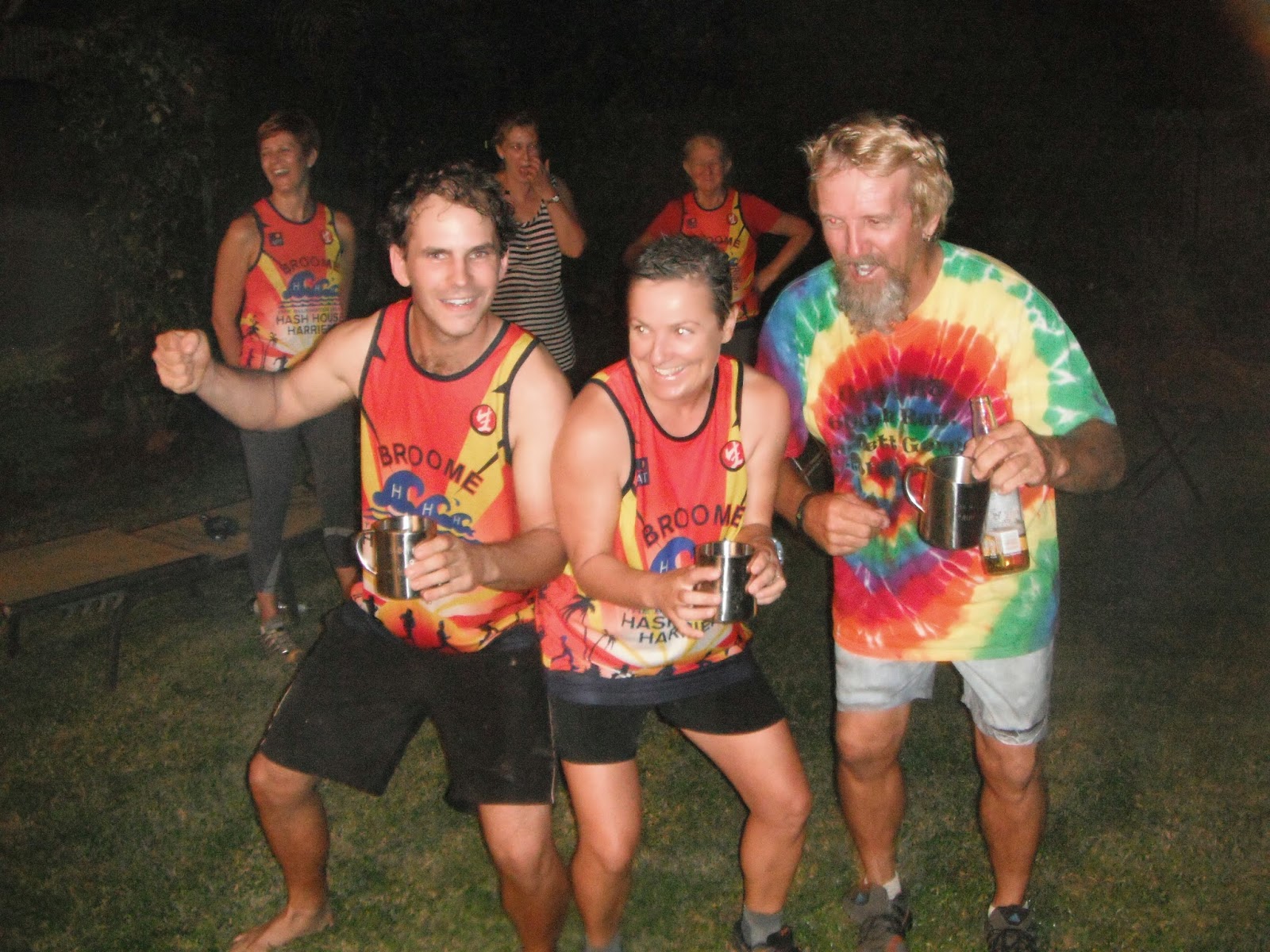 every street and towards the end we missed a check (which was supposedly on the road) and ended up running the middle part of the run a second time. Group 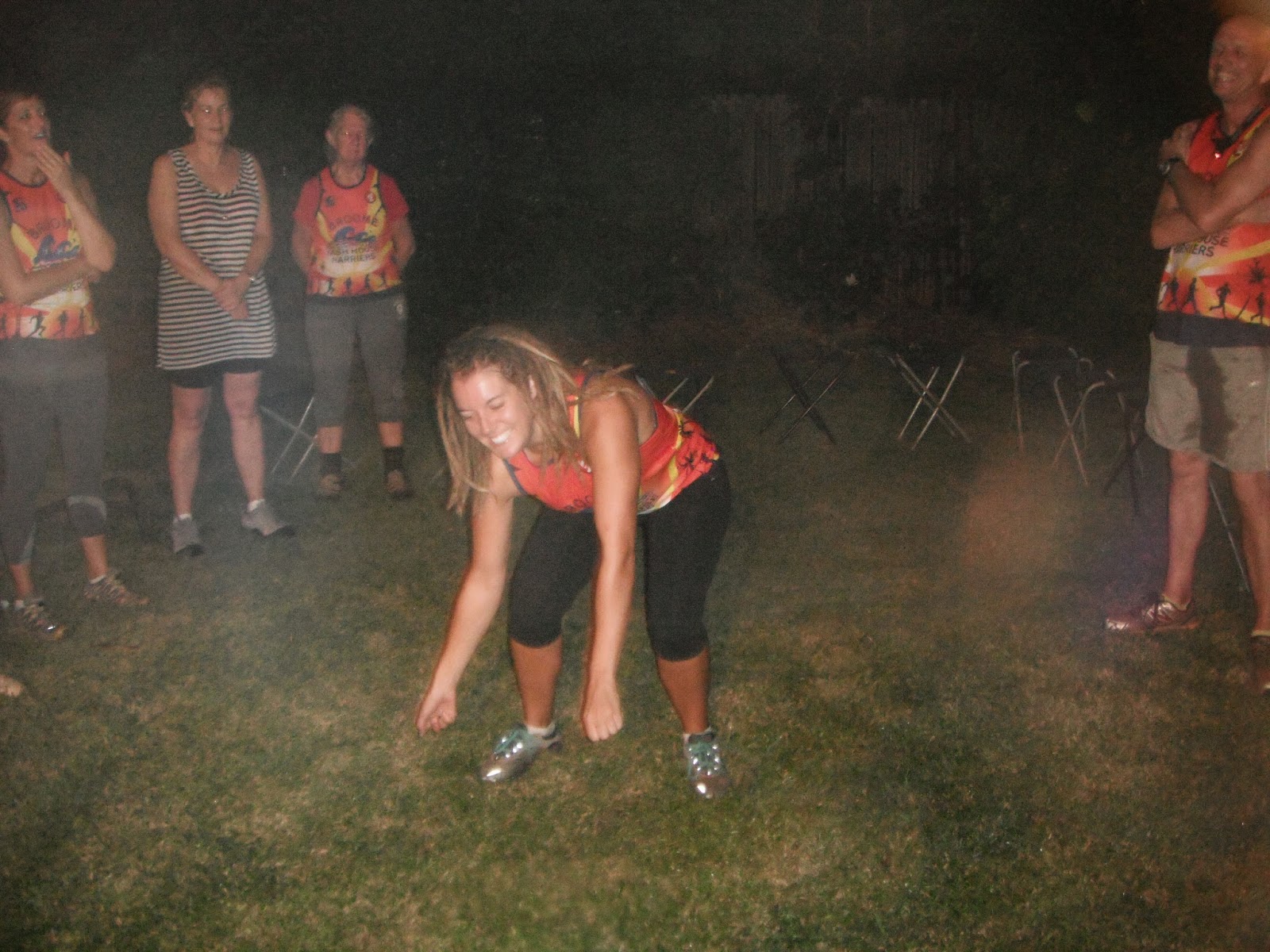 decision. On home.  Faucet lead the circle which was pretty easy as everyone was worn out and 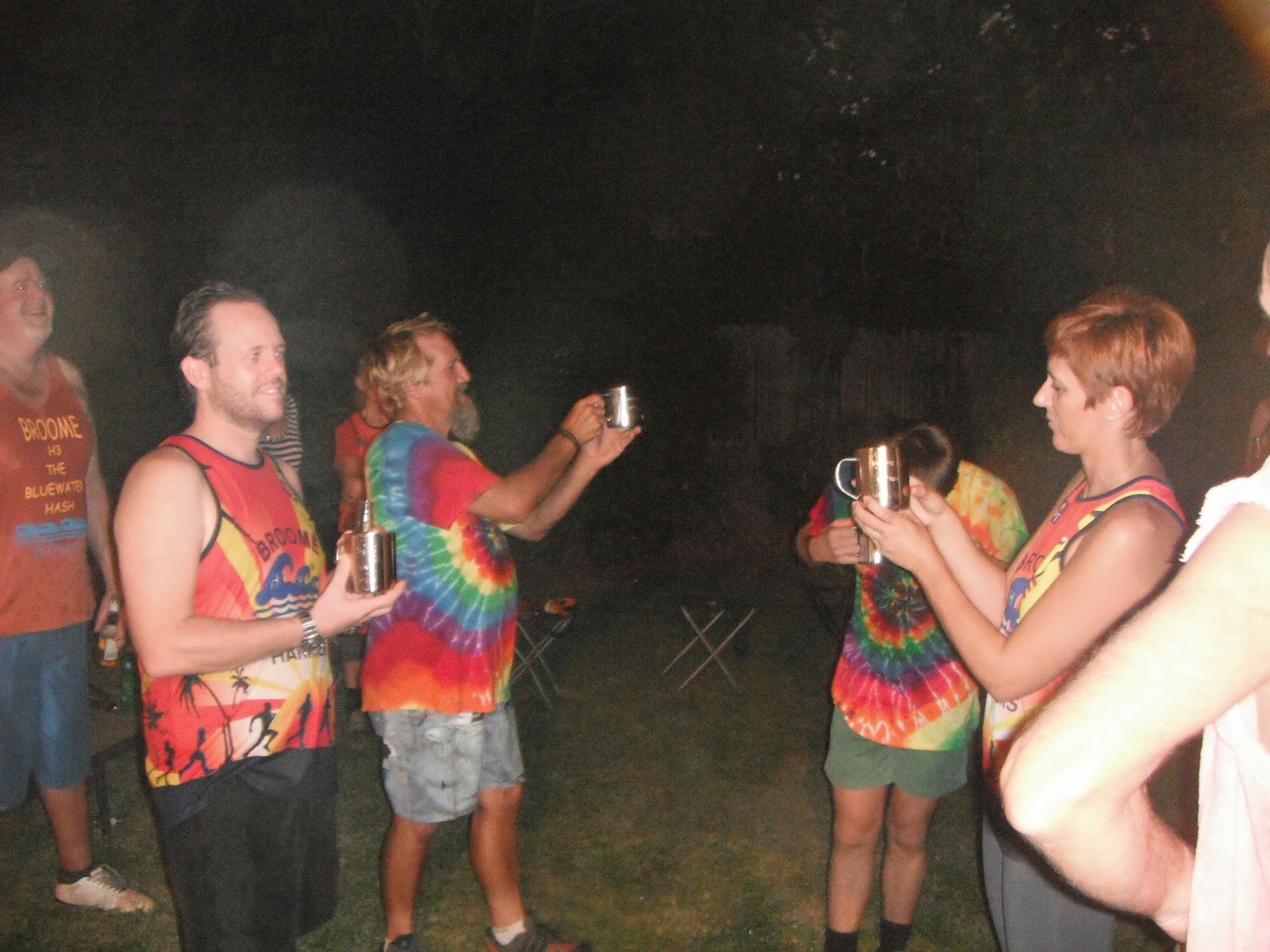 compliant. Hey maybe that’s why Bargey sets such long runs. Mmmm. Slowcum said the run was good so we dragged him out with Barge. There were no virgins but a few returnees. Stork and Detox were back after a long absence and Ringsting, Half Tit and Supersperm had lame excuses. Charges were pretty light. Paralytic Turtle and Octopussy were out of uniform. Doggie finally got his shit together and brought along the engraved mugs for those hard runners who’d reached 50 runs. Fanta Pants, Crackdiver, Slowcum and Slurge were the only cuppee’s there so we sang them a  song as they used their new cups. I have no idea what Ringsting is doing in this photo. The food was umm, Minestrone soup? and jacket potatoes in copious amounts. Everyone was tired. Thanks Barge!