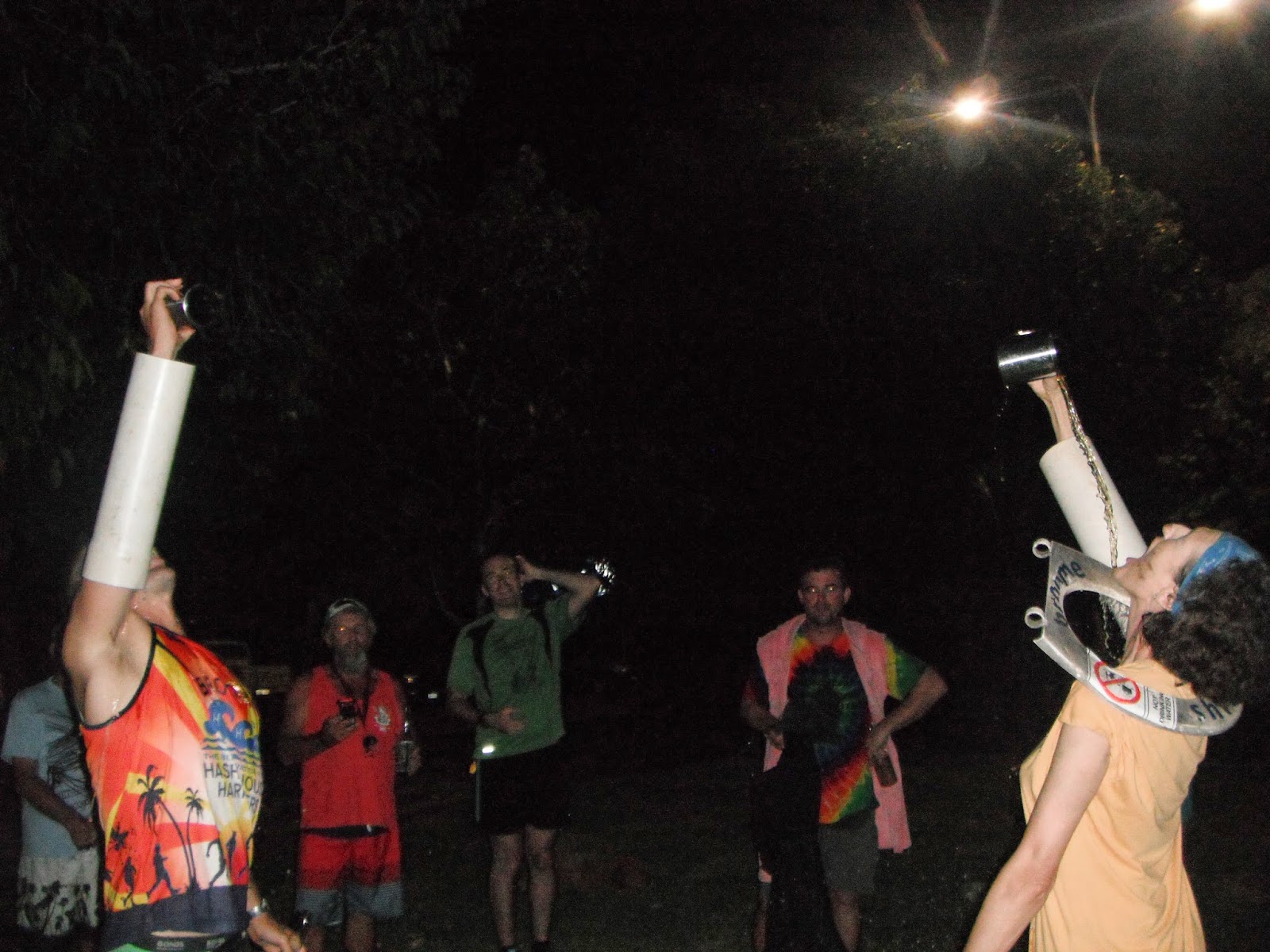 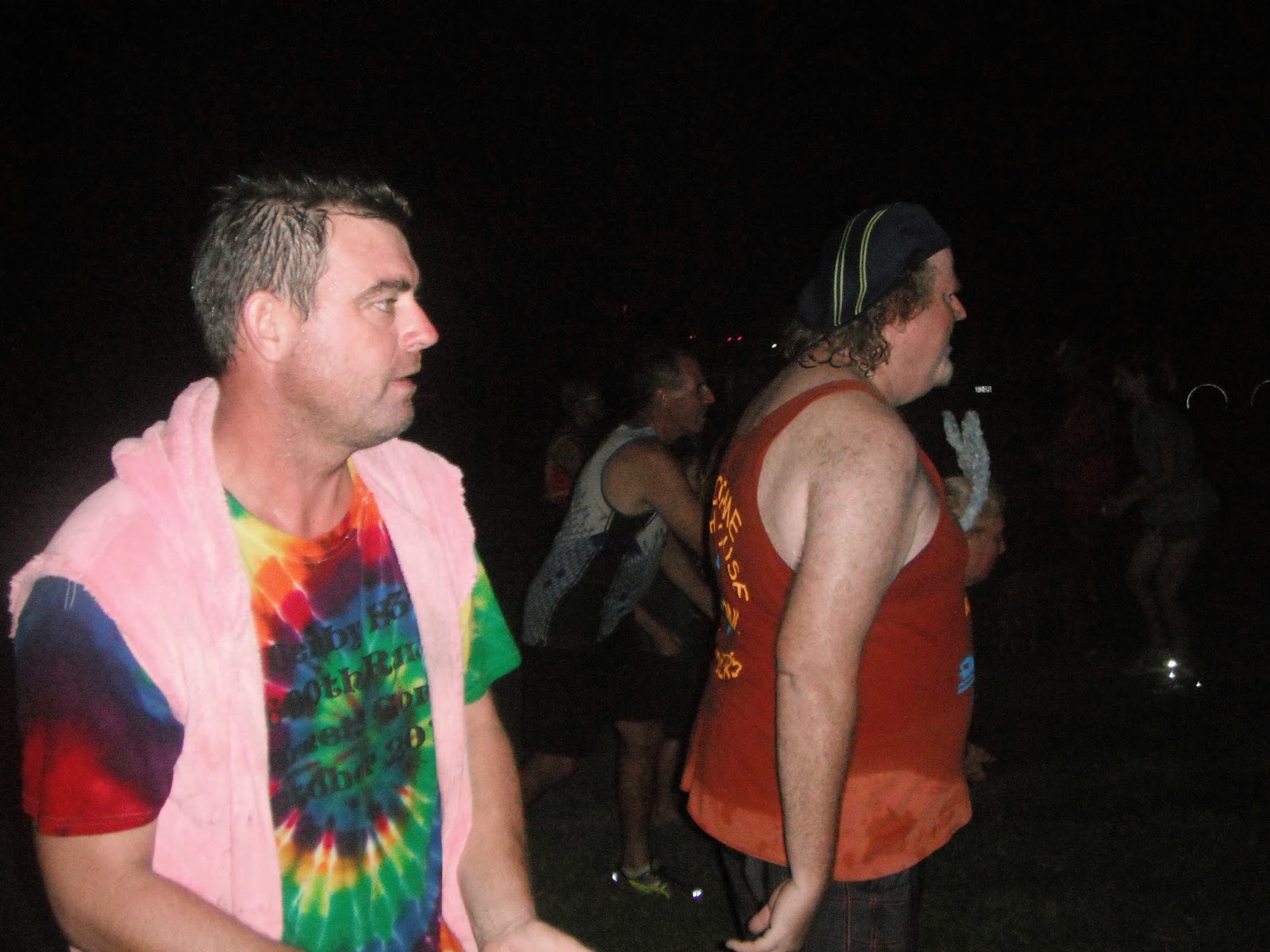 The Easter Hash had a surprisingly good turnout for a long weekend. Maybe it was because the hares were Nutcracker and Dirty Sanchez and 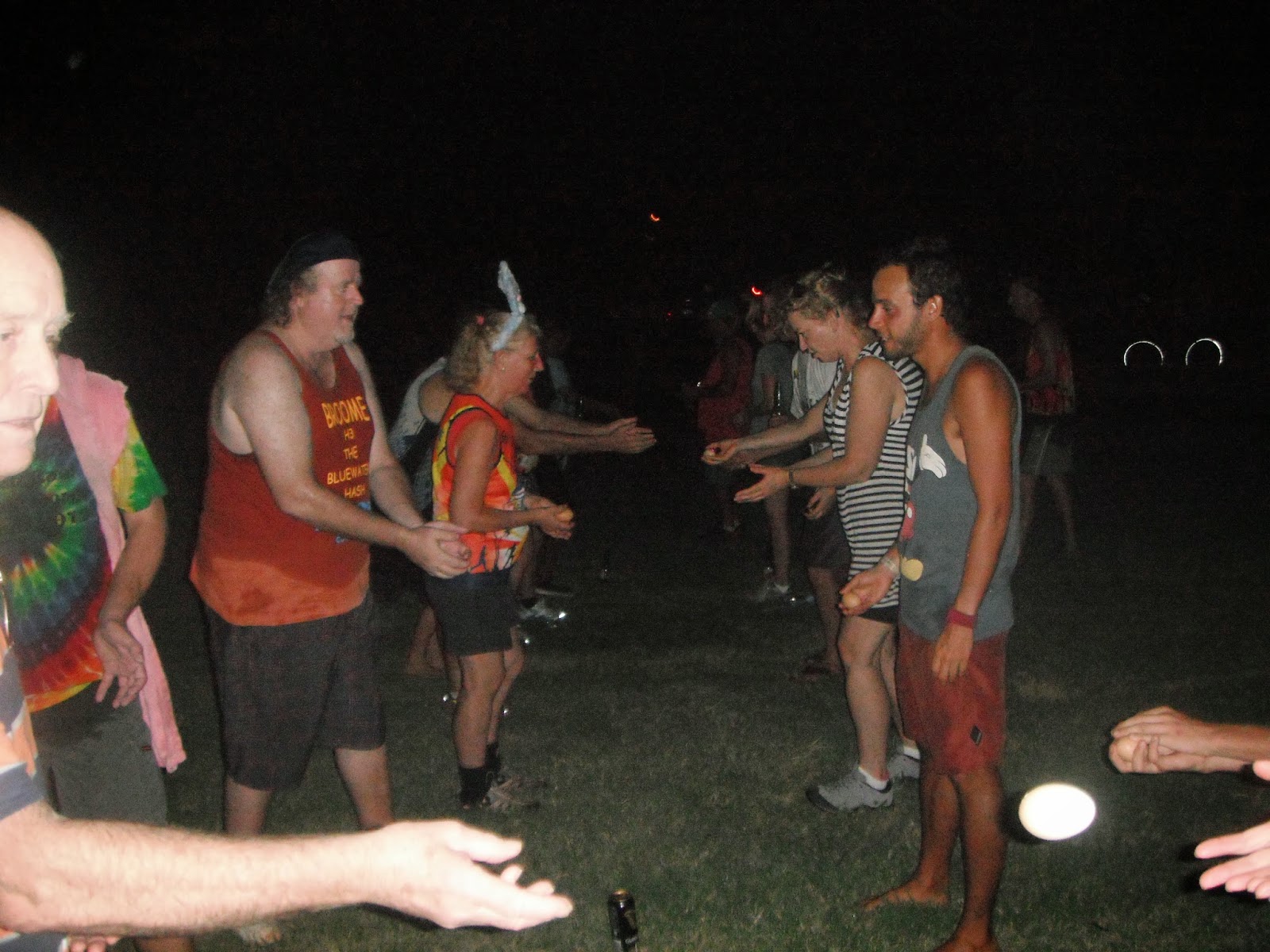 they promised something different. And different it was. After being allocated a team and sent scrambling in the grass for 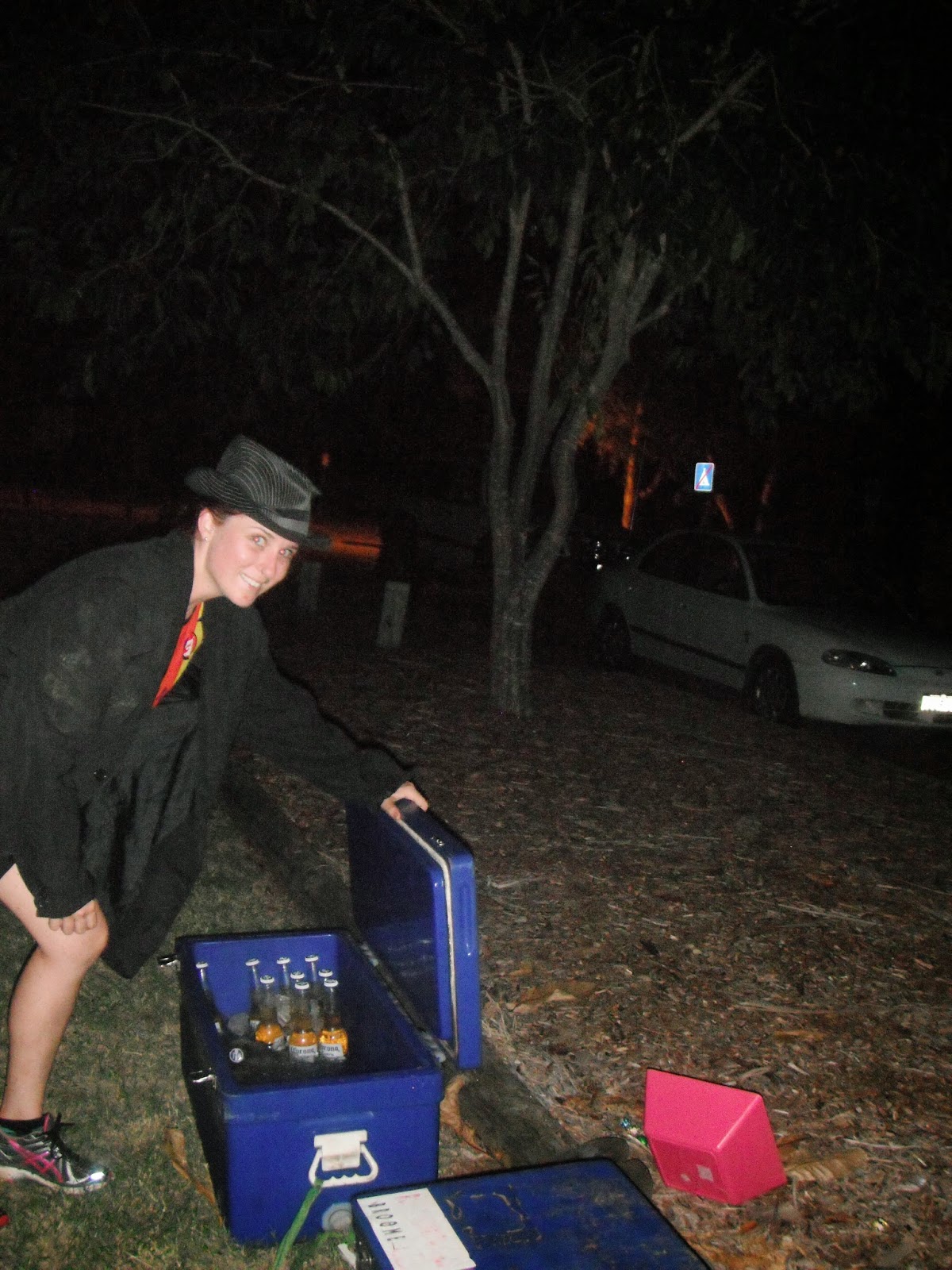 different coloured Easter Eggs we set of on a search mission to solve the mystery question. Each group had a different cryptic clue. Not that I want to blow my own trumpet, or even the hash one for 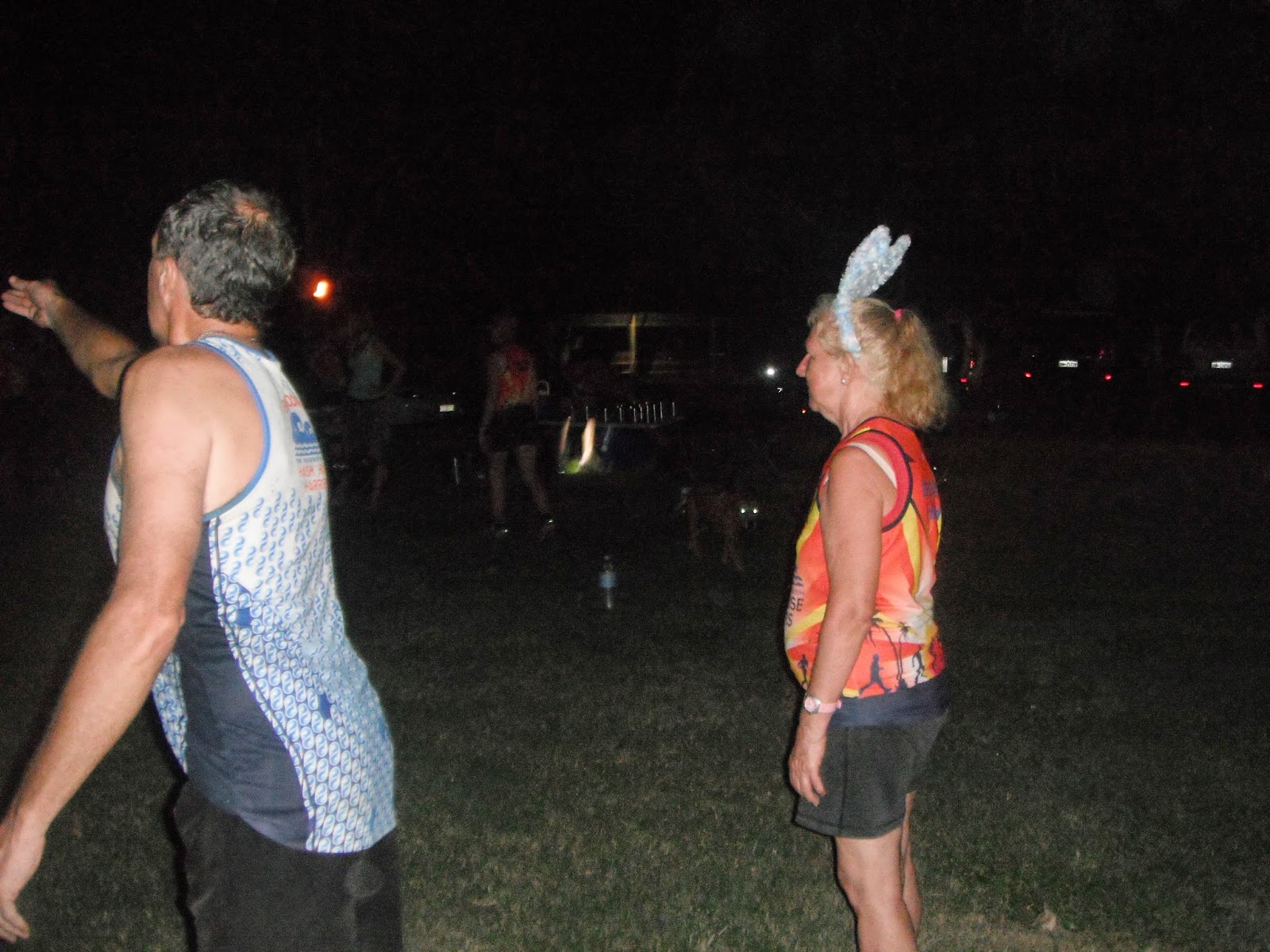 that matter but our group killed it. Each group went to the same locations but in a different order and with no set route to 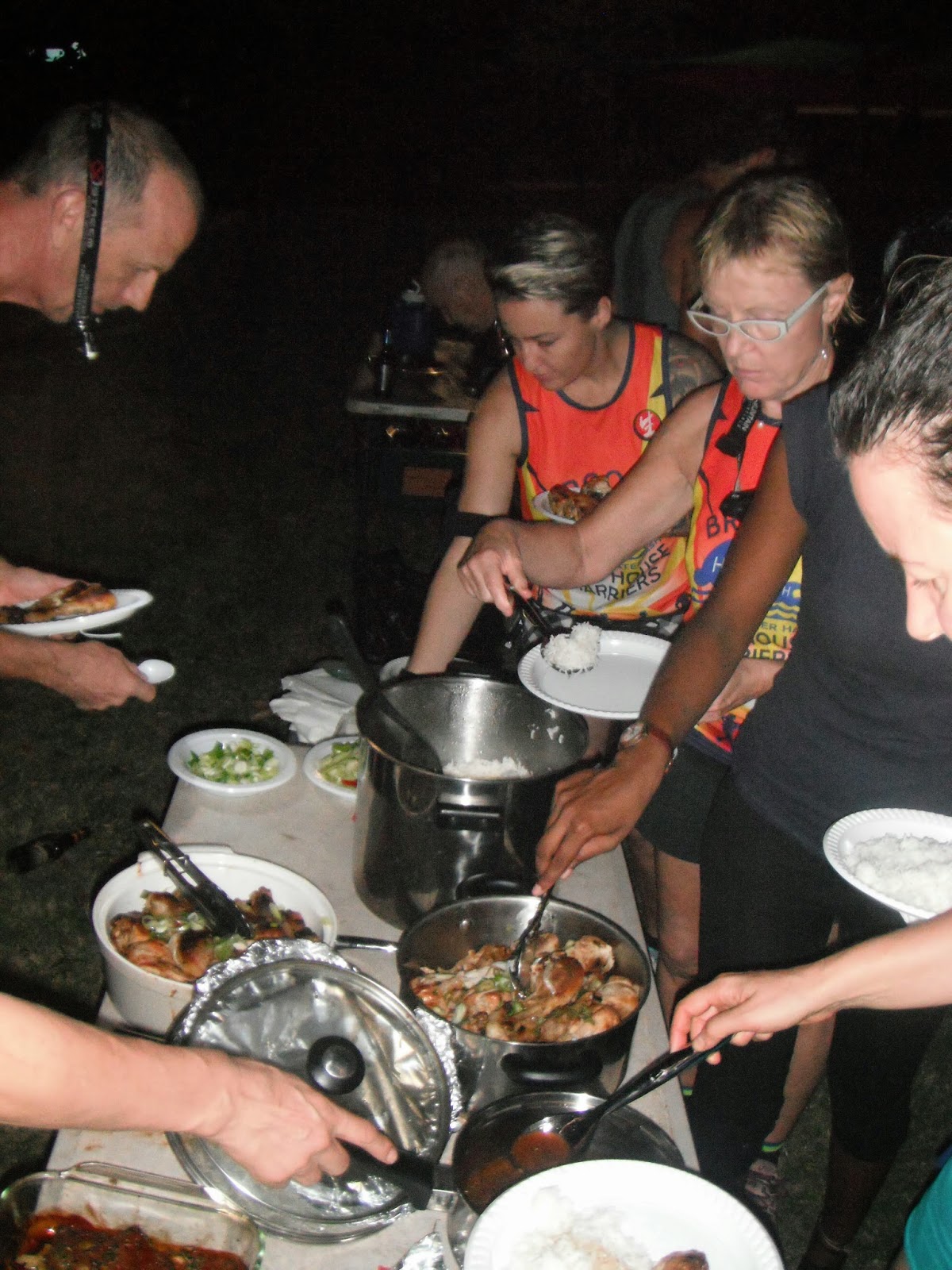 follow. At each location they had to perform a task before they got their next cryptic clue. Our first stop was the bowling club aka the wireless station. Once there we had to eat a Sao biscuit

and then whistle a song. Sounds easy? No. Then off to the SES to make and fly a paper plane and then to Matsos to pick up an Easter egg off a mat on the ground and eat it without using your hands. Apparently a Matsos patron asked what we were doing and was told it was some Easter Muslim tradition for when you don’t know which way mecca is. Funny how mecca is not auto corrected to Mecca. Mmmm.
Anyway our group had a short sweet run and one of the other groups rocked up back at the circle a stubby later. The last group somehow divided and Flogga and Bunghole had to be rescued after running several kilometres to the wrong places. They rocked up weary and mumbling about Tightarse giving them a bum steer. But the games weren’t over yet. We had to do the egg throw and hey, killed that to with no name Angela and only at the end discovered we been playing with a real egg and not one of the hard boiled ones.
TA ran the circle. The hares were compliant. Slowcum was on his best behaviour as he had his Dad there. Eighty five and only his second hash run! Bunghole was non-compliant and ended up in the Butlers jacket which strangely suited her. Two Scoops told a story which showed how strong her relationship with Dirty is and won’t be repeated in print. Not many charges as the usual young chargees hadn’t shown, due to probably being wiped out after a four day weekend.
Nutcracker had killed a hundred chickens and we spent the rest of the night eating their legs and gave the left overs to some of the homeless people at town beach. That’s it.