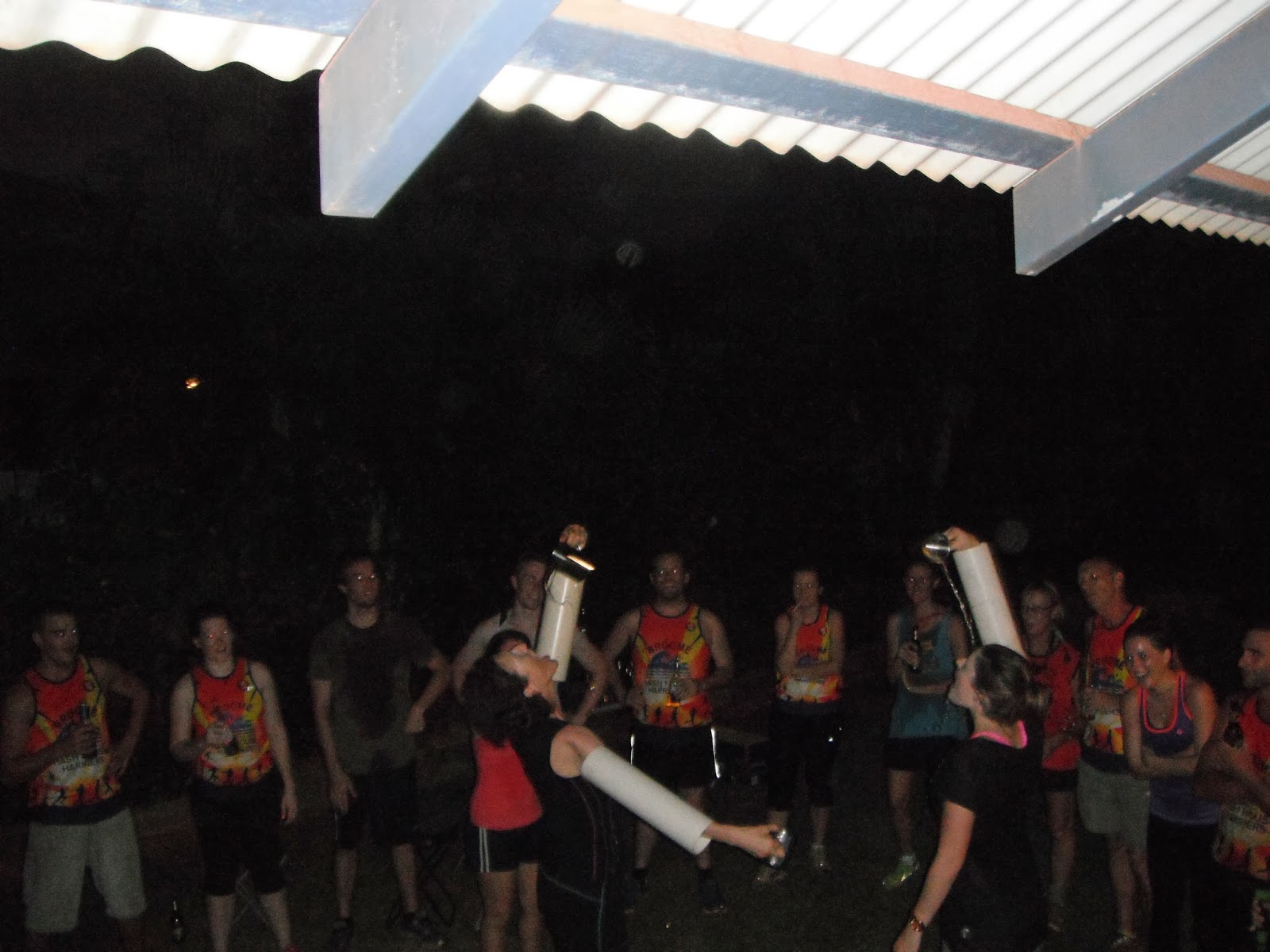 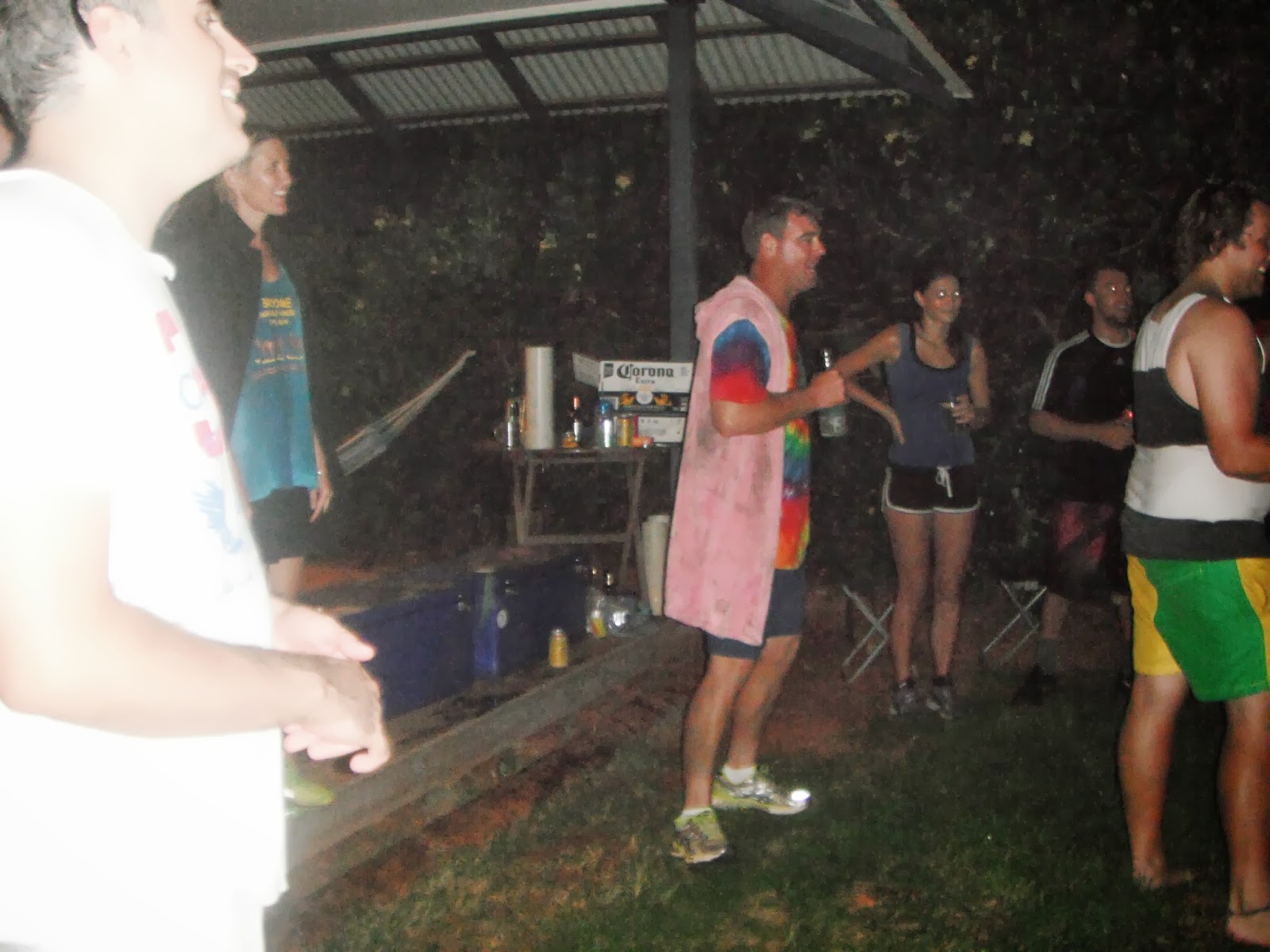 It has to be a bit scary when you let Nutcracker loose with a virgin hare Drug Hooker, a No name Bec and then nearly 40 people turn up for the run. Maybe it was the appeal of roaming about Roebuck that drew them in or they just wanted to eat Nutcrackers humble pie. Or maybe it was to celebrate Quickie's 150th run which we kept as a surprise until she brought it up at the end. Or perhaps it was just the hot sticky weather and the ice cold Corona's and the fact that hash people are a bit odd anyway. I'll go with the last 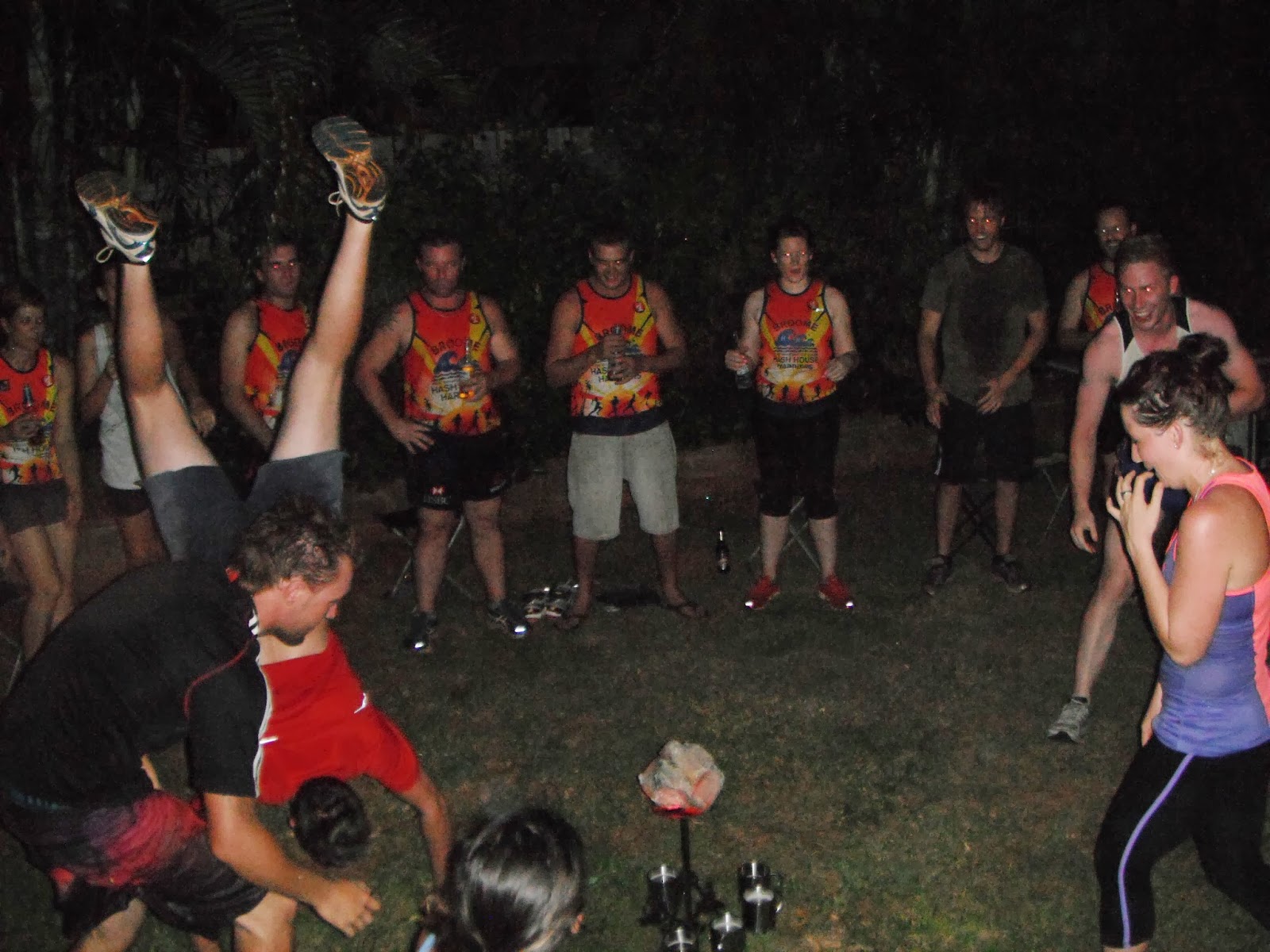 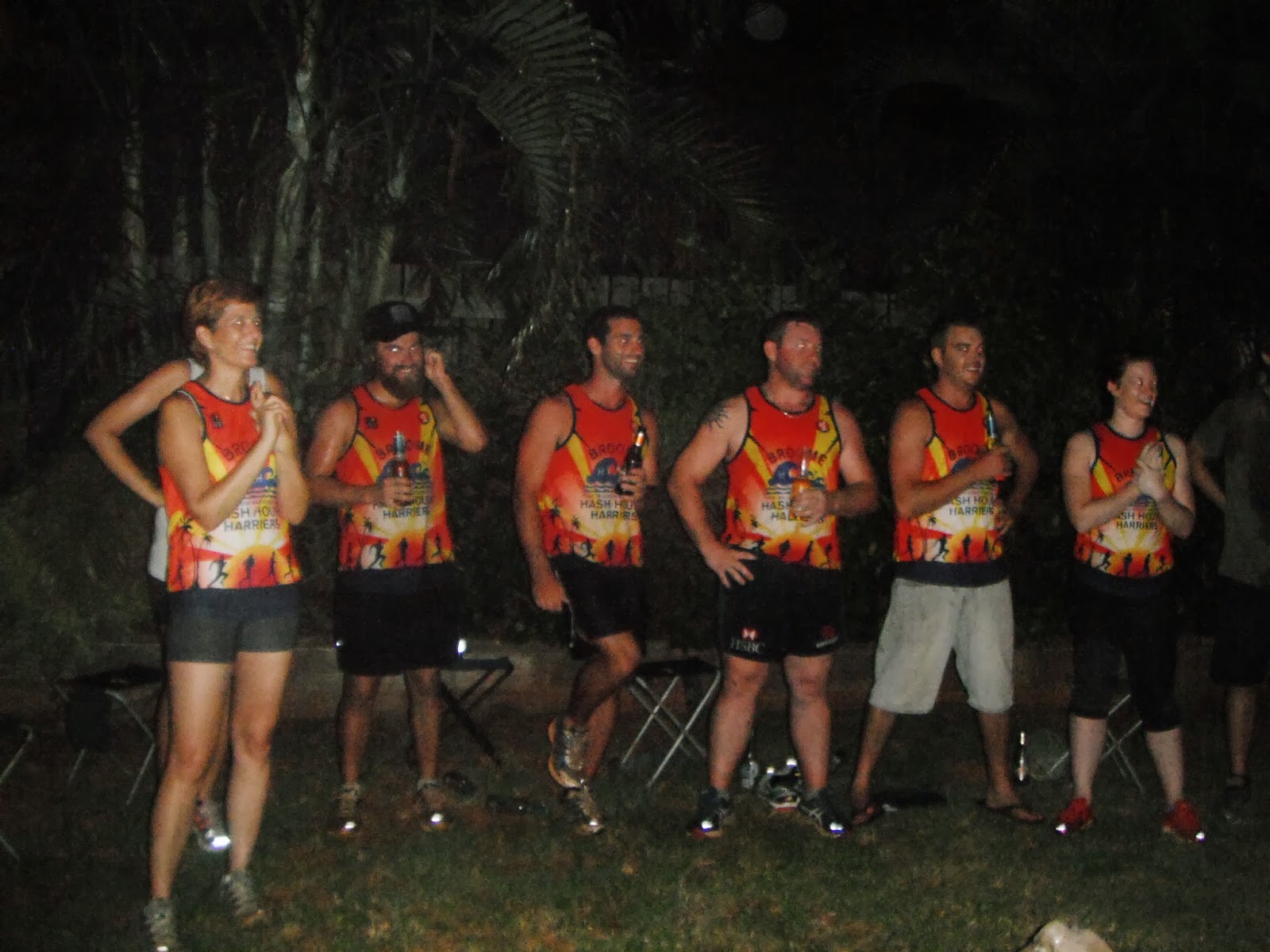 option. The run was shit and had just the right amount of arrows and checks. It was almost as if she had received advice from some awesome hash guru. No Hash Holt which upset a few and no "on home" which wasn't even noticed as there were so many walkers and short cutting bastards.
Tightarse led the circle. He was in fine form. In his usual style of handing out humorous remarks and then waiting until someone laughed before proceeding. Considering there were so many people and six virgins who feel compelled to laugh then we didn't have to wait so long. Doggie had a go and getting a laugh and the only reason he didn't get enforced was the he was holding the hose. 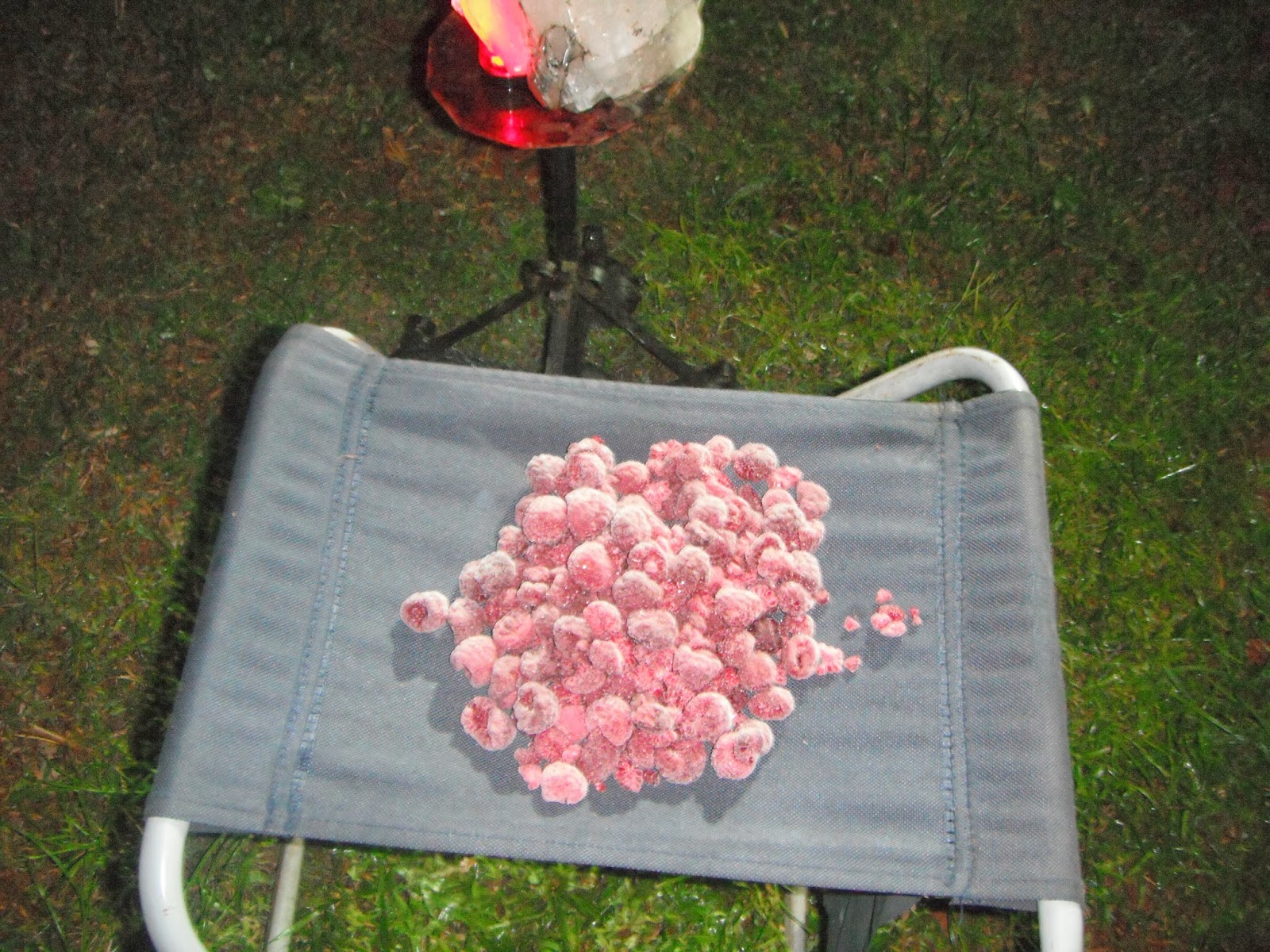 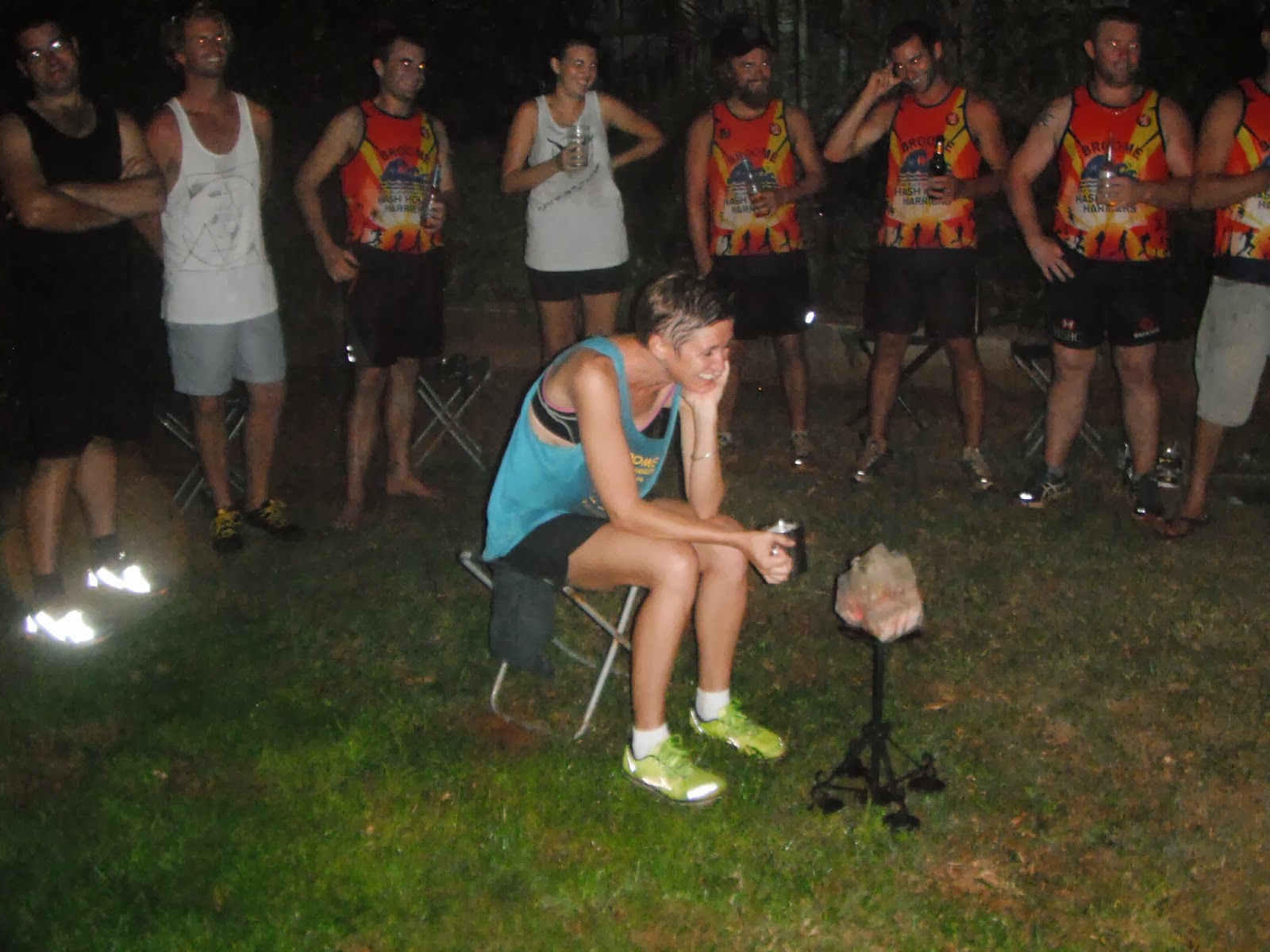 The virgins got to dance around a flash stone, still glowing from the recent volcanic eruption in Machu Pichu. There were only a few dodgy charges as the pickings were slim.
There was no spare ice to give Quickie an ice chair but some frozen berries were located and placed appropriately. They didn't look berry cold put were pretty. After 150 hash runs Quickie seemed to have forgotten more than she remembered but we toasted her all the same. Early onset dementia is a disability and we at hash don't laugh about that sort of stuff. Well Done. 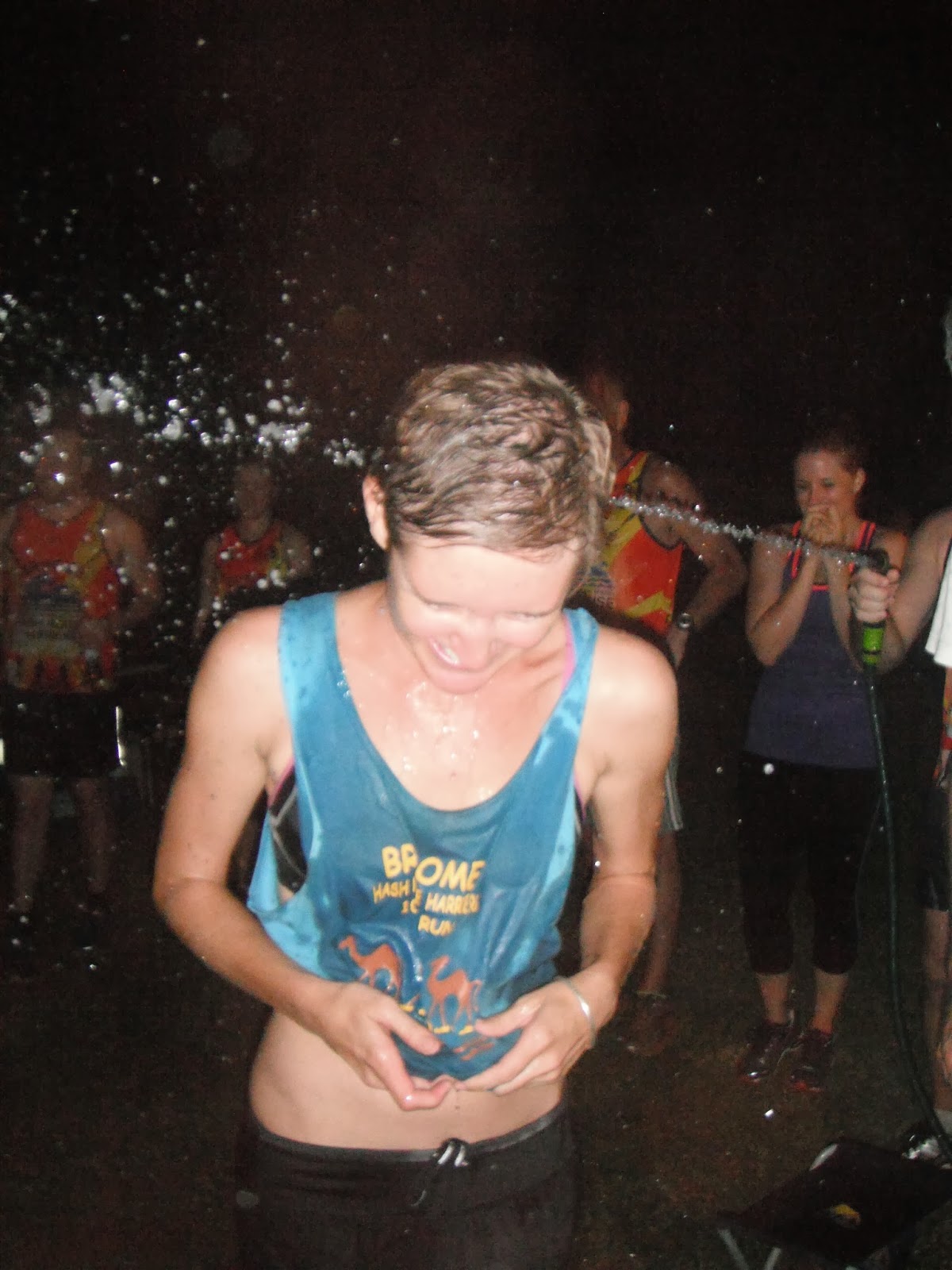 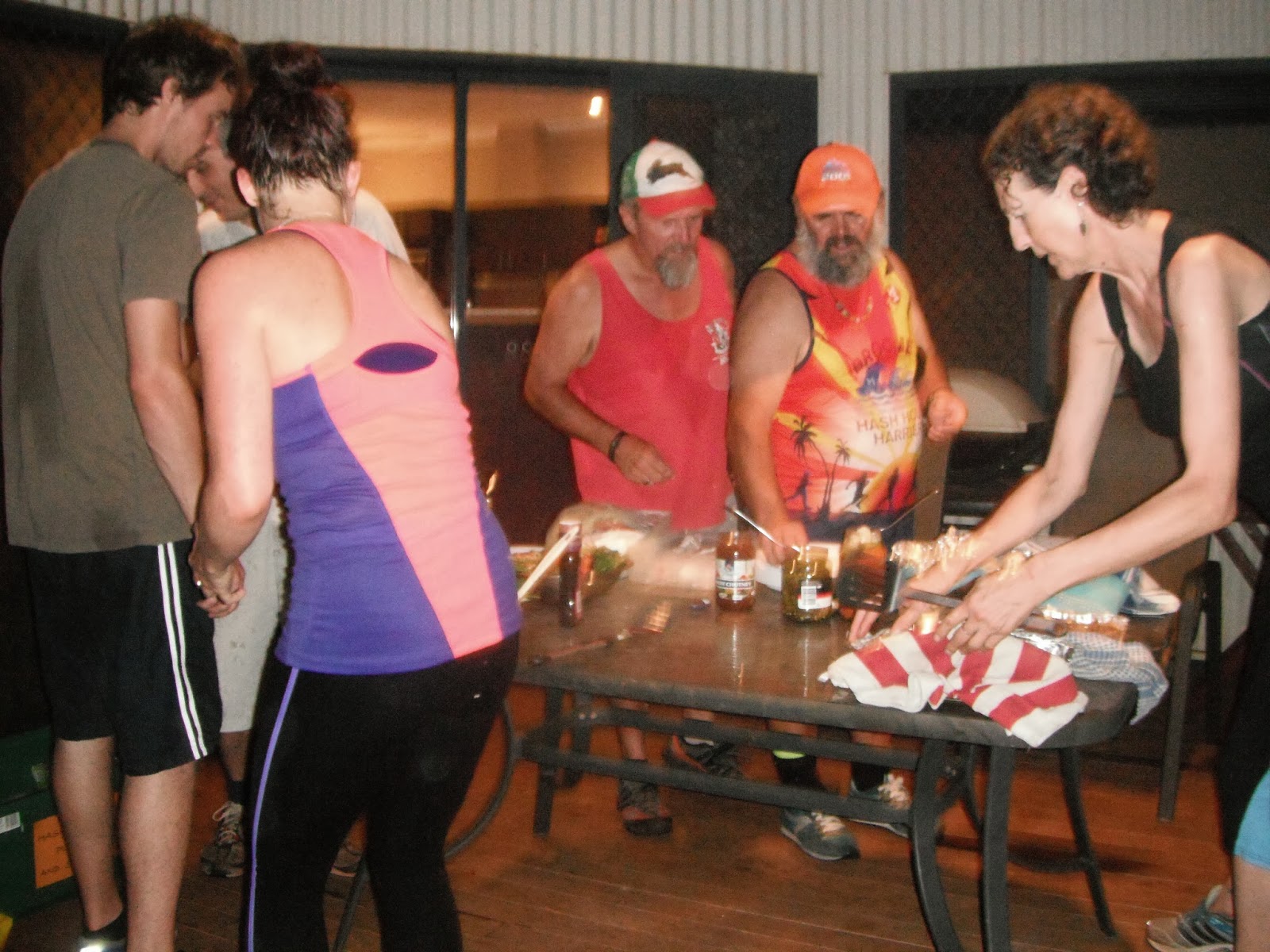 Somehow Nutcracker managed to feed the masses well on healthy food and a miserly budget and with coronas for desert everyone probably went home happy and thinking about what to wear to next weeks "Red Dress Run" on on til then.