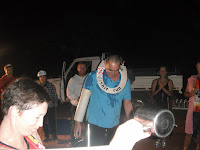 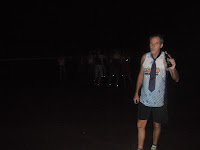 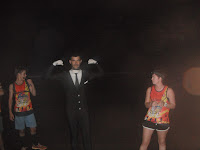 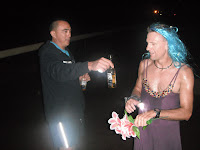 harlet Beep Beep in a time that would have beaten the half of the horses the next day. Others ran walked and cheated. Hippy shagger was caught out cheating badly while Saddlesores and Faucet carried out 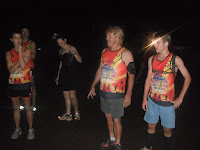 the same manoeuvre with much more panache, only to be dobbed in 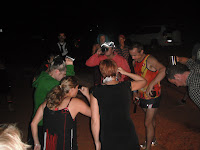 by the walkers who by chance were walking around the track in the wrong direction.  To add an air of authenticity to the meet, Tightarse was offering hormones and dubious urine samples which was quite amusing considering he follows the 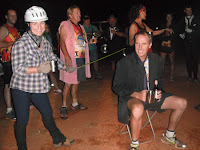 Swans and not the Bombers. Bargey had the whip out, in some 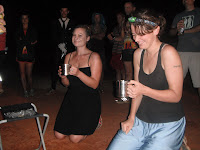 premonition of what was to come at the AGPU the following week. There were two new namings with Karma Sutra and Aids finally being christened by R.A.Slowcummer. And the food was, umm it will come to me in a moment, yes it was umm its coming yes it was Pizza. Shit Run. [insert horse shitting noise here]