Arseabout set this week’s longggg run. Definitely ran off enough space for three beers at the end. Half arsed and Slow lane ran off 4 beers but that got them back so late they wouldn’t have had time to drink them. Goes to show that just because you are fast it doesn’t mean you get home first. We had one Virgin (a Matso’s employee), who’d obviously downed a beer or two before and was a pretty slick runner, I’m sure she’ll be back next week. We had a visiting hasher from Bullsbrook who’s done over 700 runs and wasn’t shy in giving 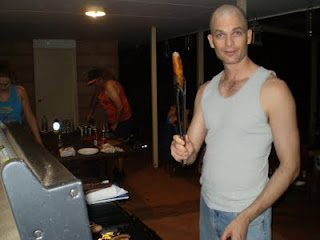 us a booming rendition of their hash song. Actually the Broome hashers weren’t in bad form themselves as they sang “I put my hand upon her toe, Ya Ho! Ya Ho!” We had to beep out the naughty bits so the neighbours wouldn’t get upset. Director, wearing a pirate hat and a hearty voice was the Religious Advisor for the evening. It was also his 50th run. A great example of what 50 hash runs can do for a man.

Maestro was the chef for the evening. He hasn’t run for a while due to health problems. As you can see from the photo he held up a sausage to show what he would look like if he kept running. I don’t think it’s the running that’s the problem it's more the lack of beer. More down downs needed for this man. The bangers and mash was a great feed for the cooler evening. On on. 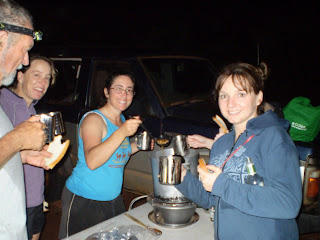 Alpha took on the challenge of setting a run with flour in the rain. Fortunately the rain stopped just as we started and the trail was still there. Around a few circles, across a main road, up a dune, through the bush, along a drain, through some mud and ended up back at six seasons without loosing anyone, which was fortunate as there was only thirteen of us. After the run, like some cheap American western we formed the wagons (Toyotas) in a circle around a puddle and held the Hash circle inside there. We finally had someone admit to a birthday but he was a visitor, Two Fathers, and didn’t realise none of us have birthdays in Broome Hash?????? We had one virgin who put on a miserable attempt at a down down, unlike our visitor who’d had years of experience and was a down down machine. We also had a naming with Drizzle being christened on her knees in the puddle. Alpha set up a soup kitchen in the corner of the circle and lovingly slopped soups into the cups of the cold wet hashers. Slang passed on the shitshirt but I missed who got it and why? All in all it was one of the quieter hash runs with everyone heading home sober and looking for a hot shower.
Posted by faucet at 6:04 AM 2 comments:

Mondays Hash will start from

hash nosh provided (if you're brave

on on
Arseabout
p.s if i've missed anyone on the mailing list, please forward this on.
Posted by Red at 8:15 AM No comments:

The run set by Hound dog and Bunny was a great workout but ended up a bit long and lonely for those who got lost. The hash circle ended up more like an SES base camp as we sent out search parties looking for lost (or maybe slow) hashers. Vagrant lost her mummy and daddy and her teddy. Actually I’ll take that back as I’m sure the main man from the SES would not run around in a Solway Park in a dress, horn in hand and flashing his version of staircase to the moon. Although I think the two virgins from Munich were impressed and will spread the word when they return home.
Some of the down downers of late have been downing a bit slow and then missing their heads with the remains of the beer. Hello Muppet! Fortunately Red and Anal stood in as enforcers and did the deed when someone tried to avoid the beer shampoo. I think this is a good policy. The food was healthy shit again but at least the bread rolls were white and not grainy. Slang became the second wearer of the new Shit Shirt which she inherited from Cockup. I can’t remember why she got it but who cares, it’s hers now until she finds some other sucker to wear it.
For those that hung around we ended the night with a quick game of ice soccer. I don’t think it will catch on. I bet a few guys have sore feet!
Good to see lots of hashers turn up last week. I’m a bit worried about the numbers for next Monday’s run though as I’m sure a few people will get lost just finding the start. It will be great to run in some virgin territory. On On.
Posted by faucet at 5:02 PM No comments:

Meet at the new Januburu estate - it's so new there's not even a street map for it yet....

Meet at Wuddarr St.
6pm On On

remember a torch
Posted by AlphaBet (millsy) at 12:55 PM No comments:

Advance notice! Hare is Alpha and teh Run is starting from Januburu 2 (Entrance off Sibasado?). I imagine Alpha and Conchie will set it together so be there for the fireworks!
Posted by Red at 8:29 AM No comments: 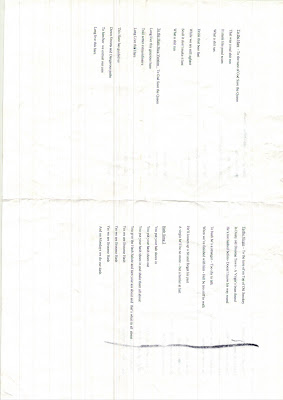 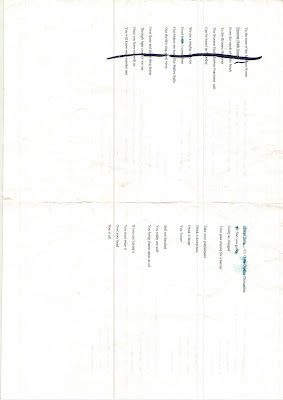 the tequila sun set slowly in the sky

the moonshine to see by

tonight we need a map

got the boys in a flap

no on, on or bugle

coz this was a bit unusual

and margarita be yours

Hola amigos.El funcionamiento de las noches de lunes era una caza de tesoro en español, but seeing lots of slackers didn't finish the whole run then they didn't learn all the spanish words and therefore have no idea what I am talking about. A spanish treasure hunt, a first for Broome hash. Running around Sunset Park with torches and looking through peoples gardens, behind their trees and along their fences. It's a wonder that no-one was arrested. Slighty harder for those of us with poor eyesight, tiny torches or no map skills but all in all a fun run.
Booberater put on a good spread as usual. The food was good too. Actually the food was great, as were the margeritas and all the posh beer. Shrink took on her new role as hashpissperson with gusto and gay abandon; becks, coronas and heiniken. I suppose fiddling the books is much easier when you are an accountant. The circle started off a bit raunchy when Shrink wore a few of her posh beers and looked like a contestant for the wet tee shirt contest. Happy discovered that you should just take a down down when offered rather than wait for some-one to bring up your sexual exploits as justification.
A couple of good jokes from faucet and kamakazie had a bit if a sexist tone but got a few laughs which was good as most of the runners were women. Come on guys, more representation next week.
Posted by faucet at 11:15 AM 1 comment: